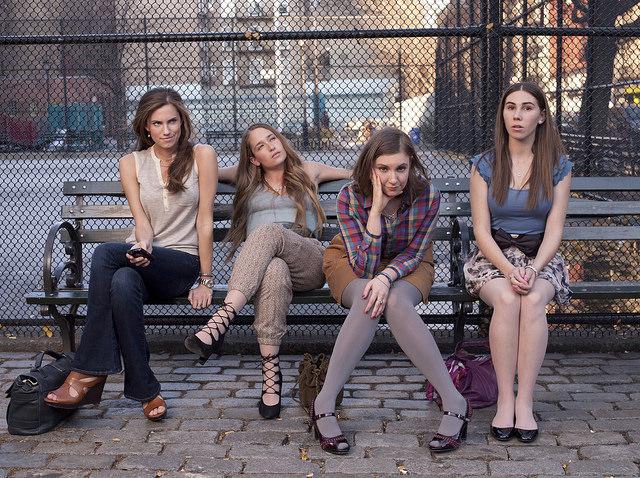 Hits
Lena Dunham is kind of a genius
“Girls”, the TV series produced, acted, written, and co-directed by Lena Dunham, is a comedy-drama that follows a group of 20-somethings living in New Year City. It sounds boring, but because the writing and character development is so extraordinary, it carries the entire 20 minutes without lulling you to sleep.

What’s interesting about the show is the characters are inspired by some of Dunham’s experiences. Therefore, the characters in the series are written and portrayed as true-to-life. There are no hold-backs on the developments of each character. The writers create individuals instead of being eco-friendly and recycling character formulas found in every corner of Hollywood. Often TV series create recognizable personalities that are either on one end of the spectrum or the other in order to add contrast. And since these characters are in their early 20’s, they have no idea what they are doing (warning: this show might be too truthful for some). So if you’re in your late teens or early twenties, you need to watch this show and realise you’re not alone.

Also, here’s a fun fact: the etymology of our school club GIRLS, actually came from this TV show “Girls”.


“Where She Went”
Have you watched/read “If I Stay” by Gayle Forman? Has it left you an emotional wreck? Well, beware (in a good way, of course) because “Where She Went,” the sequel to “If I Stay,” will take you on an emotional rollercoaster. “Where She Went” tells the story of what happens to Mia and Adam three years after the devastating accident in which Mia loses her parents and her little brother, Teddy. However, it is told through Mia’s former lover, Adam Wilde. (The word ‘former’ hit me in the gut. At the end of the last book, Mia and Adam were very close, but when Mia left for Juilliard, the fall after the accident, it was a ‘goodbye’ forever.)

One night, Adam buys the last ticket to see Mia’s cello solo at Carnegie Hall. After that night, nothing is the same…

“Where She Went” is a must-read! It is impossible to put down the book, even though your ‘light out’ time has long passed. Every page is filled with answers to the loose ends, but creates new unanswered questions for the next. Rumor has it there’s a movie coming, so definitely go and read the book first!


Misses
The school is cold
When you enter the school, from the freezing winter of Tokyo, you want to feel warm, you want to be able to take off your million layers of jackets, ultra light downs, sweaters, and all the other things you try to wear to keep warm. However, entering our school, we feel colder than we felt outside. Although this year, the school introduced blazers, the corridors, the common rooms, the cafeteria, and the bathrooms are still freezing. All you hear around the school are people complaining about the temperature. Our morning “Hello!” turned into “Sammu!” (‘cold’ in slang-Japanese). Most teachers do turn on the heating in the classrooms, but in the five minutes between classes the struggle is too real! Even before the bell that ends the class rings, you are already sitting and calculating: Okay, if I go through here, it’s the coldest corridor, but it’s the shortest. If I go this way, it’s the long route, but it’s not as cold.

I need a bigger coin purse
After Japan raised taxes in 2013, instead of rounded prices, everything in the 100 yen store is 108 yen. Which leaves me with 1 yen coins that I have no use for. Whenever I need to pay for anything, I have to go through the pile of one yens in my coin purse in order to look for that one heavier shiny silver coin.

What can I buy with one yen? Nothing. Absolutely nothing. Even the cheapest item in Japan costs more than 50 yen. We live in Japan, one of the most expensive cities in the world!  How long does it take for someone to collect their one yen coins into a sum that is actually useful? A really long time.

And because of their weightlessness, I drop them a lot, and because of their uselessness, I just leave them there. Also, you don’t want to be that crazy lady that holds up everyone in line by pouring out her one yens in order to pay for a cup of coffee at Starbucks. Trust me, I have been that lady.