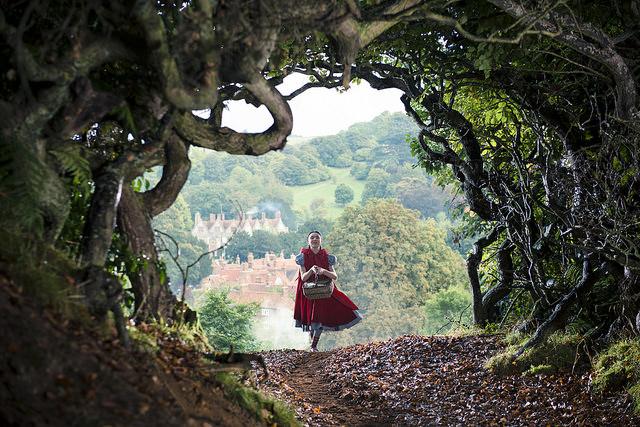 "Into the Woods" by director Rob Marshall

The new soap at ISSH (Mina)

The ISSH bathrooms have recently undergone a slight makeover. The mossy green soaps that previously filled the dispensers were frequently criticized for their inefficiency. “The soaps were so diluted. It was like coloured water,” said Darya (10). In response to the dissatisfaction with the green soaps, Student Council representatives requested more effective soaps in the beginning of the year. After a long process of conducting surveys and negotiating with the cleaning company, the pink soap was chosen and placed throughout the school bathroom. The new pink soaps do not disappoint. The change in quality has received positive feedback from students. “It actually bubbles now and doesn’t smell weird,” said Yoko (11). Washing hands has now come to serve the healthy cause that it promotes.

Although I’ve never been an avid Fast & Furious Fan, the song, “See You Again” by Wiz Khalifa feat. Charlie Puth, featured in the latest movie Furious 7, has been stuck in my head for the past few weeks. The touching song is a tribute to the late Paul Walker who starred in the past six Fast & Furious Films, and passed away in November 2013. The song is the quickest-selling single of the year and is currently number one on the Billboard Top 100 chart.

I’ve been looking for a new comedy show to fill the void left by “Parks & Recreation”, and “Unbreakable Kimmy Schmidt” definitely hits the spot. Written and created by Tina Fey and Robert Carlock (who also created the hilarious “30 Rock”), the show revolves around Kimmy Schmidt (Ellie Kemper), a 29-year-old woman who moves to New York City after being held in an underground doomsday cult for 15 years. The pilot opens with Kimmy and three other women being rescued from an underground bunker where they were kidnapped and told by a Reverend (Jon Hamm) that they had survived the apocalypse. I know it sounds kind of dark, but “Unbreakable Kimmy Schmidt” is absolutely hilarious, in a cheerfully satirical way. Kimmy’s total ignorance about the modern world and her attempts to adjust to a normal life are extremely amusing, and Ellie Kemper (previously cast in “The Office”) plays Kimmy with the perfect amount of silliness and charm. “Unbreakable Kimmy Schmidt” has released 13 new episodes, so now you definitely have something to binge-watch during summer break!

In the world of Spoken Word poetry, “Brand New Ancients” by Kate Tempest has been making quite the stir. The stupefying poem, which recently won the prestigious Ted Hughes Prize for innovation in poetry, follows two South-London families and uses them to tell tales of violence, love, and sacrifice intertwined with classical myth. Depicting everyday people as gods, Tempest’s incredible stage presence and unique style that combines poetry, rap, and storytelling leaves the audience with chills running down their spine and goosebumps running up their arms. Her inspiring play with words told with background music presents the naked truth about our reality with such grace and emotion that it leaves the audience feeling empowered and infinite.

While only parts of her performance can be found online, those who get the chance to see her live on tour , should take the chance in a heartbeat.

In late March, Jay-Z, along with his famous friends such at Kanye West, Madonna, Nicki Minaj, and Alicia Keys, launched their “revolutionary” music-streaming service that would “change the face of music.” So what exactly makes Tidal different from other streaming services, such as Pandora and Spotify, other than the expensive monthly membership cost? Well, according to Alicia Keys’ speech at the Tidal launch, Tidal is the “first ever artist-owned global music and entertainment platform” that aims to provide high quality music and exclusive videos for fans. Still not convinced? Neither am I. Why would anyone pay MORE money to these already multi-millionaires, while we can access free music on Youtube on 8tracks? It turns out, many people feel this way, as Tidal has already crashed out of the top 700 applications on iTunes, while its rivals are thriving. Currently, cheaper streaming services Pandora and Spotify are holding positions 3 and 4 on the U.S. iPhone revenue chart, respectively. Sorry Jay-Z, you can go cry in your $200,000 dollar Ferrari.

As the result of the curse of a witch (Meryl Streep), a baker (James Corden) and his wife (Emily Blunt) are childless. To lift the spell, the baker and his wife venture into the forest three days before the rise of a blue moon, to reverse the spell to restore the youth and beauty of the witch. Along their journey to find the ingredients necessary for the potion, they encounter Cinderella, Little Red Riding Hood, Rapunzel, and Jack. The characters cross each others’ paths, as each of them proceeds into the woods on a quest to fulfill a wish.

With an all-star cast and good publicity, the movie adaptation of “Into the Woods” had high expectations from excited viewers. However, the movie received mixed reviews. The multiple unexpected plot twists kept viewers on their feet throughout the movie. However, with the complicated plot, there were some holes and lack of closure. Like the movie “Les Miserable”, it is difficult for film adaptations of musicals to outshine original musical theater production. Nonetheless, the talented cast portrayed the characters with style. The highlight of the movie is definitely the overly-dramatic duet on a waterfall by Cinderella’s Prince (Chris Pine) and Rapunzel’s Prince (Billy Magnussen). Despite its drawbacks, the movie entertains viewers with interesting twists to the classic children’s stories we all know well.

“Once Upon a Time” (Tamanna)

When “Once Upon a Time” first started, skeptical audiences were pleasantly surprised by the show’s ability to revive long-loved storybook characters. As the show progressed, it not only revived characters but intertwined their lives in the modern world today. No longer in their respective storybook worlds, the characters learn to live like humans and fight enemies that return from their past. While the show refers to the original stories of the various characters, it doesn’t always stay true to the characters themselves, for example an evil Peter Pan and a smitten Captain Hook. With flashbacks from the past giving the audience context as to how the characters came to be the way they are, the show successfully managed to take a new angle on fairytales and made the characters relatable. Lately, however, it seems that the writers have run out of ideas. No longer sticking to traditional stories like Snow White and Rumpelstiltskin, the writers unsuccessfully attempt to play with more recent characters such as Elsa and Anna from “Frozen” and “Maleficent”. Unable to truly deviate from stereotypical fantasy TV-show and movie ideas, the show seems to be losing the one thing that made it unique: the ability to convincingly manipulate the identities of characters that have been with us for decades. While previous seasons took the audience to places such as Oz and Neverland, places of great adventure and myth, the latest season took us to Arendelle. Which although promises a rush of new and young viewers, it doesn’t quite have the same allure as “Neverland”. Bringing “Frozen” characters into the world of Storybrooke seemed like a desperate attempt to capitalize on the “most profitable animated movie ever made”.  While this a good strategy to gain viewers, it shows what the show has had to resort to.

Ew. Just ew. The new trend #KylieJennerChallenge has got teenage girls placing their lips in shot glasses and sucking in, to give their lips the “full look” that Kylie Jenner possesses. Although 17-year-old Kylie Jenner has denied getting lip injections, it’s rare that the second you hit puberty your lips blow up. This ridiculous challenge consists of taking any round glass (usually a shot glass), placing your lips around the rim and sucking in the air. Sadly physics isn’t perfect and you may have bad luck, and sucking out the air can cause excess friction. Since glass is not flexible, the friction can build up and the shot glass can break under the pressure. This has resulted in dozens of stitches and life-time scars. Your lips are on your face. Your face is what people first see when they meet you. You don’t want to have deformed lips just because you foolishly decided to follow the trend. Although Kylie Jenner is denying any responsibility by tweeting, “I’m not here to try & encourage people/young girls to look like me or to think this is the way they should look.” It was obviously ridiculous of Kylie to have surgery and pay million and millions of dollars to get the “fuller – lip” look. This challenge HAS to stop.