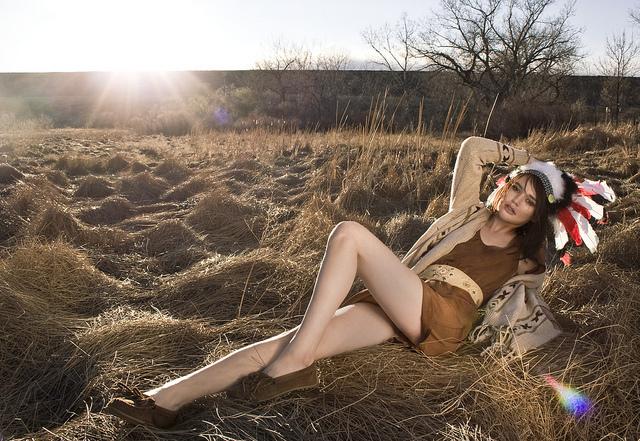 Native American headdresses are over and over again portrayed as fashion accessories.

As cultural appropriation becomes a popular theme in pop culture, living in a culturally diverse environment, we international students can feel lost in the many “do’s” and “don’ts” when it comes to culture and ethnicity. Although you might feel you know loads about other people’s cultures since you’ve been exposed to them for your entire life, this does not necessarily mean you have the right to appropriate it. By cultural appropriation one means “the adoption of elements of one culture by members of a different cultural group, especially if the adoption is of an oppressed people’s cultural elements by members of the dominant culture.” Cultural appropriation, however, is different from cultural appreciation. To appropriate one’s culture is not to embrace it but to mimic it. It’s to make fashion of someone else’s heritage and religion.

Now, you might wonder, isn’t this just sharing cultures? People wear plaid shirts all over the world and technically is part of American culture. The usage of Native American war bonnets not only belittles Native American culture, for it portrays their sacred headpieces as fashion statements, but also offends Native Americans since the people who are partaking in this blatant mimicking of a culture more often than not are completely ignorant about the importance of such elements.

While you might think little of wearing a piece from a culture you have nothing to do with, often this culture is oppressed and discriminated against. Meaning that up until privileged people started wearing such pieces, Indian descendants in the West were discriminated against for wearing the bindi, for instance. I’m not saying every Indian person has been personally victimized because of his/her culture, but it is true that in a predominantly white environment, people of color are told to downplay their traditions in order to “adapt.”

Is it fair then to utilize one aspect of a culture that used to be so harshly frowned upon for the sake of fashion? Is it fair to go to a music festival wearing a cute bindi or a trendy Native American headpiece when children of color have grown up learning to play down their cultures?

It seems very straight-forward in a predominantly white setting, but how does cultural appropriation apply to us international students? Personally, while I feel glad to be in such a diverse environment where I never feel discriminated against, I still feel that we can’t make the “what’s right” call. We can’t sit here and pretend we have authority over a culture because we learned about it in school. Don’t get me wrong, I understand a lot of times appropriation comes from appreciation of the beauty of different cultures; but, like previously mentioned, to appropriate and to appreciate are different things.

At ISSH every year we have One World Day where we are more than welcome to wear other cultures’ outfits and that’s cultural appreciation, but once you transform a cultural or religious garment into fashion you’re not only belittling the culture but you’re questioning its importance. Privileged people can’t wear bindis because they aren’t accessories for Southeast Asian women they are religious and traditional ornaments. Native American headpieces are part of a largely annihilated culture and it is not acceptable to denigrate the culture by transforming it into a trend.