Seniors travel to Hiroshima on their last excursion 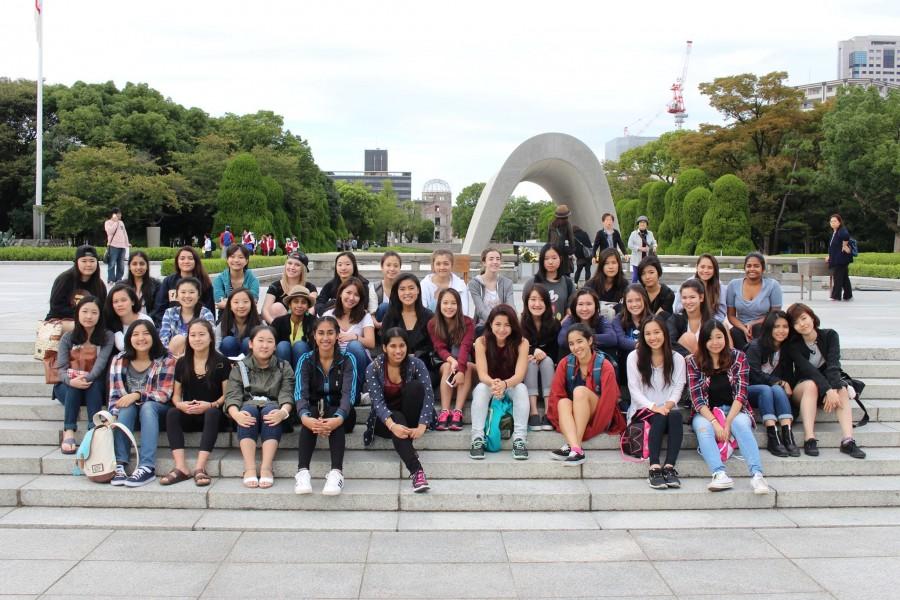 The Seniors in front of the Peace Memorial Museum

The Senior excursion left a powerful emotional impact on the senior class, something that differed from excursions from previous years. “This year’s excursion was very emotional and we were able to learn about Hiroshima more in depth,” said Mayomi (12).

On the first day of the excursions, the Seniors went to the Hiroshima Peace Memorial Museum that was built to commemorate the victims of the Hiroshima atomic bomb. The atrocities caused by nuclear weapons and the short and long term consequences of war were displayed graphically, leaving many emotional. The displays included pictures of victims affected by radiation and remnants such as tattered and burned clothes and deformed objects.

Later in the evening, Keiko Ogura, a survivor of the Hiroshima atomic bombing, shared her survival story with the grade. “I wanted to go to school, but my father said ‘I have a very strange feeling today – you shouldn’t go to school, stay with us’,” said Keiko. This decision lead to her survival on the fateful day of August 6, 1945. She also explained the long term consequences of the bombing and how many generations are affected. Yoko (12) said after Keiko’s presentation, “She really taught me that war isn’t just the people who were killed by the bomb. It’s everybody. Even the survivors were discriminated against and there still are people today that are affected indirectly by the war.”

Yoko said, “despite all that happened, people still choose to go to war when they disagree. The Japanese constitution was changed recently as well. I think for history to not repeat itself, people need to be reeducated by going to places like Hiroshima and experiencing what we were able to this year.” Keiko Ogura would agree as she expressed that being aware of the consequences of war is one of the most effective way of preventing it.

Anjana (12) said, “I feel like we took something from this experience and will carry this to wherever we end up going in the future.”