From Hiroo to India: Sacred Heart delegates prepare for ILMUNC

Four former students of the International Relations Class will participate in a Model United Nations conference held in India. 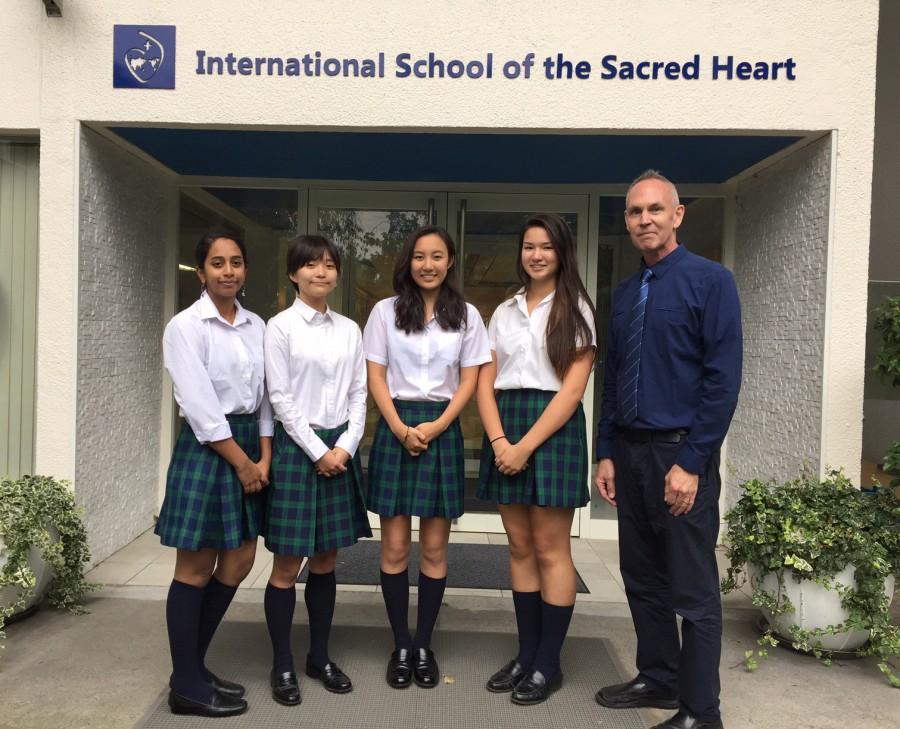 For the first time in the history of Sacred Heart, four former members of the International Relations class, Mina (12), Reshma (12), Sydney (12), and Hanako (12), will be participating  in the Ivy League Model United Nations Conference held in New Delhi, India from November 25-28. The delegation will represent the Hashemite Kingdom of Jordan at the conference.

This conference is sponsored by the University of Pennsylvania, which have been successfully hosting MUN conferences for 75 years. This year, over 1,000 delegates representing numerous countries worldwide, will be participating in the conference. According to the ILMUNC official site, “The goal of ILMUNC India is to encourage progress in society and inspire constructive solutions amongst students who will shape our future.”

The idea to participate in an international conference came to the members, as they thought it would be a great experience if the class could participate in a bigger MUN than the annual KMUN held in Kobe. “It was at first a ‘what if’ idea, however it started to become real when we asked Mr. Felstehausen, our teacher, if we could participate,” said Mina (12), one of the former members of the International Relations class. With Mr. Felstehausen’s support, the class took initiative to make this idea a reality.

“The hardest part,” said Reshma (12), “was finding a suitable time and location that wouldn’t conflict with our schedules and that wouldn’t be too expensive.” Initially the idea was to go to Europe, as it is the birthplace of the United Nations and the center of International Relations, however, the group stopped after seeing the expenses that came with European conferences. The members ended up finding the MUN conference in India, which will be hosted by the University of Pennsylvania. This was the best option for the students because of the date and cost.

To prepare for the conference, the delegates are now working hard to research and learn as much as they can about Jordan, and its relations with other countries. The members have been meeting each week to discuss and debate about worldwide issues to get a deeper understanding of their topics.

At the conference, delegates are divided into committees, and each committee has one Sacred Heart representative. At the conference the students will meet in their committees to first share their positions, and then to finally draft resolution topics to bring out to the general assembly for discussion amongst all the delegates. Sydney, Hanako, Mina, and Reshma will be participating in the Legal Committee, Special Political and Decolonization Committee, the Security Council, and the Disarmament and International Security Committee, respectively.

“Something so unique and different about this MUN, compared to the other MUN conferences that we have participated in, is that this conference is at an international level, which means that you get to broaden your horizons, by interacting with students not only from within your school, but from all over the world,” said Reshma (12).