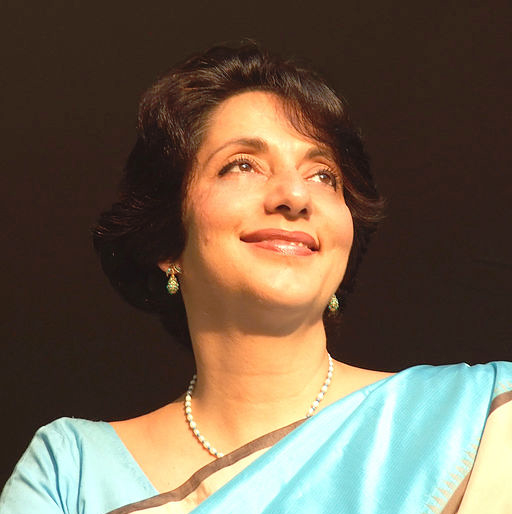 Meera Sanyal, former CEO and chairperson of the Royal Bank of Scotland in India, stepped down from her prestigious position of CEO to become a politician in India because she believed it was “essential to take a stand and participate constructively in the political process rather than just criticise the system.”

On November 25, four former students of the International Relations class, Hanako (12), Reshma (12), Sydney (12), and Mina (12), flew to India to participate in an Ivy League Model United Nations conference. One of the numerous prominent guest speakers at the conference was Meera Sanyal. She was one of the most highly respected bankers in India, in charge of around 14,000 people. After 30 years as a banker, in December 2013, she became a politician, a role that is not always regarded highly in India. This dramatic decision was motivated by her urge to do what she thinks is right. She said, “unfortunately our leaders have let us down, we (Indians) have really poor governments. It is not us who have let us down. But if we do not participate, and if we allow these people to continue governing us, then we will be letting ourselves down.”

True to her words, she is currently in the Aam Aadmi Party, a centre-left political party from South Mumbai that is currently the ruling party of Delhi. Meera’s background in the banking world, which ranges from Operation and IT to Investment Banking, allowed her an extensive understanding of the political, economic, and social situation of India. “Her dramatic life encouraged us to be ourselves and take actions when we need to,” said Hanako (12), one of the delegates of Jordan.

Especially in a politically male dominant country such as India, the initiatives taken by Meera towards political change in such fields are big steps towards changing the difficult situations many women face today. Unfortunately, the lack of family friendly policies remains a problem in many countries. Meera states in an interview by dna, “If a woman is socially empowered, she will become economically empowered and politically empowered.” Meera emphasized that it is the individual’s responsibility to act and do what is right, as we as a generation will determine the direction of our future.

Sydney (12), a member of the delegation said, “The message from her that stood out the most was that although we feel little and unable to make a change, it is our responsibility to take action and initiate change”.