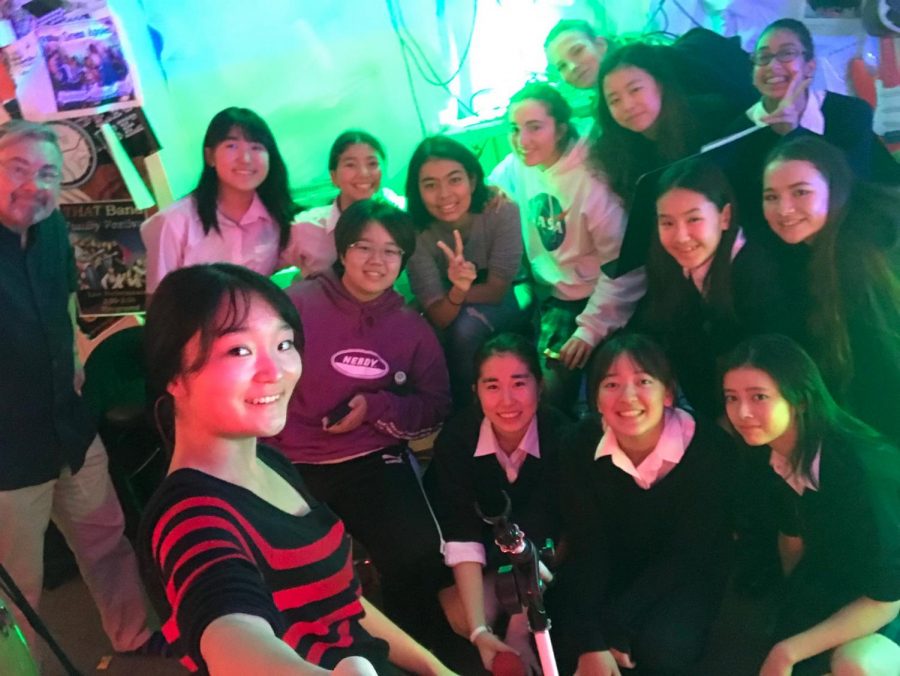 Genre Neutral goofing around in the band room.

Genre Neutral, this year’s high school band at the International School of the Sacred Heart, is gradually changing some of the traditions inherited from previous bands.

Genre Neutral also has two drummers. Inspired by many YouTube covers of pop songs performed by two drummers, the drummers of Genre Neutral, Lisa S. (12) and Rima Y. (9), took this rare chance to use their numbers to their advantage, using a new approach to drumming, the double drum act, in one of their song covers: “Uprising” by Muse.

In addition, Genre Neutral and their sponsor, Mr. Tootell, is looking to improve their sound. Right now, they are using effect machines to give instruments a wider variety of sounds, allowing the ukulele to play rock, the violin to give an echo effect, and the bass, played by Dayeon K. (12), to give an electric effect.

To see Genre Neutral’s performances please see Mr. Tootell’s videos at vimeo.com. The Genre Neutral will also be playing at the International School of the Sacred Heart’s Family Festival which will be held on Saturday, March 16, 2019.