How we can end orca captivity 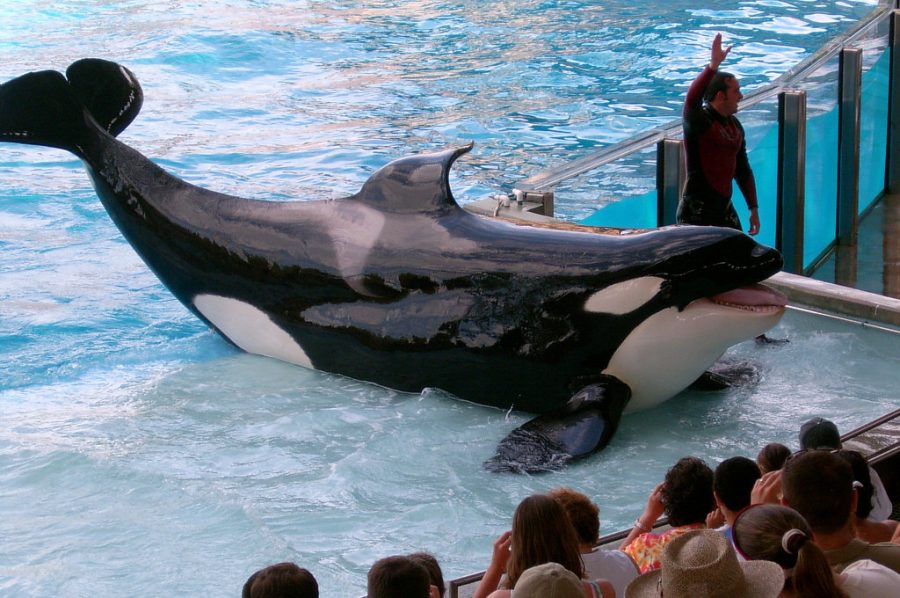 In 2010, a senior trainer at SeaWorld Orlando, Dawn Brancheau, was killed by captive orca, Tilikum. When the orca was punished after failing to perform a trick, the frustrated orca dismembered Dawn’s body. In 1991, when trainer, Keltie Byrne, fell into a pool at Sealand of the Pacific, Canada, one orca took her in its mouth and dragged her around the pool while two others, including Tilikum, prevented her escape, drowning her. In 1989, due to a self-inflicted injury gained in an attempt to show dominance, Kandu V, an orca at SeaWorld of San Diego spouted blood and bled to death, horrifying the public audience.

These terrifying cases are only a few among the countless more deaths and injuries caused by captive orcas. But orcas are not the root of the problem. In the wild, there is no recorded history of orca aggression towards humans, according to The Orca Project, the documentary, Blackfish, and the National Geographic.

Captivity is extremely unhealthy for orcas, causing problematic health conditions, and psychological pain. For example, according to The Orca Project, all captive males have collapsed dorsal fins, whilst less than 1% do so in the wild. Such health conditions, as well as containment in concrete tanks 1/10000th the size of their natural habitat and the constant competition for dominance among other foreign orcas in captivity, leads to an accumulation of stress. This build-up of frustration from captivity inevitably leads to the death and injury of orcas and trainers.

Yet, despite such immorality, capturing industries continue capturing orcas because of the large source of income from marine theme parks. Jeff Foster, a former whale capturer, admits he was offered seven million dollars to capture eight orcas from the Pacific coast of Russia in 2013. Though he declined the offer, eight orcas were still captured and sent to parts of Russia and China, with two of the captured whales were sent to Sochi for the 2014 Winter Olympics to be a form of customer attraction, as reported by CNN.

In 2013, customers boycotted going to Seaworld after the documentary, Blackfish, which was released in the same year, exposed Seaworld’s abuse to orcas. This caused Seaworld’s net income to drop about $30 million in one year and prompted the theme park to start making changes in their treatment of orcas, according to Aljazeera. Now, Seaworld is ending their orca breeding program, announcing on their website, seaworldcares.com, that,  “The killer whales currently in our care will be the last generation of killer whales at SeaWorld. The company will end all orca breeding as of today.”

Because of us ‒ because we boycotted ‒ Seaworld is ending their breeding program. The current generation of Seaworld’s captive orcas will be the last. And, if we can continue to boycott all of these abusive industries, we will ultimately be able to put a stop to orca captivity.

These orcas are not just commodities for business. They are sentient living beings, with cognitive awareness and social capabilities that might just exceed the human brain. They have the intrinsic right to be treated as such, and you hold the power to permanently end their abuse.