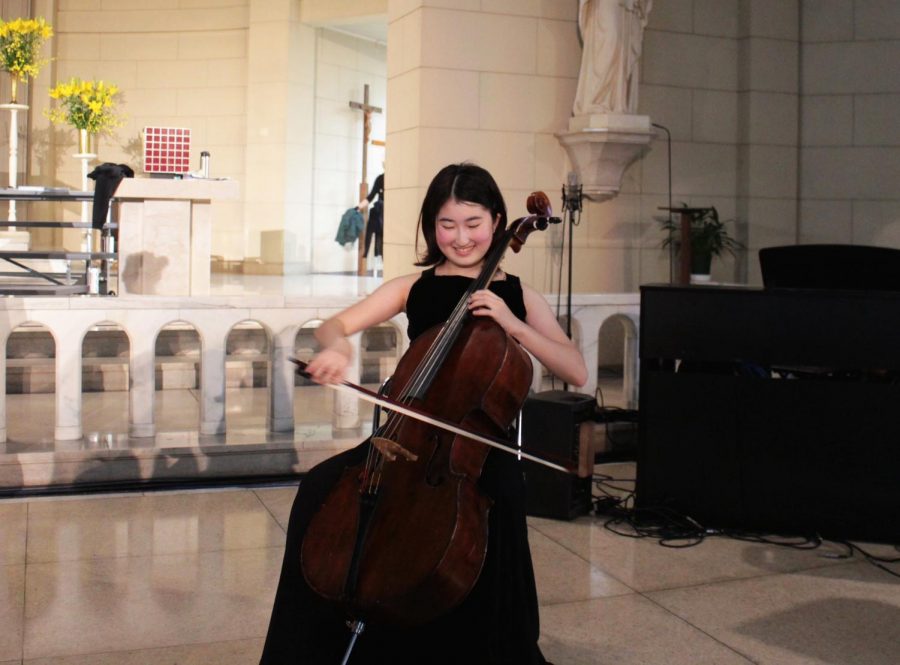 “Back when I lived in the U.S., I used to see a lot of boys and girls from the local public school walking home with huge cello cases on their backs. It would always catch my attention and eventually I became so curious about those students that I decided I would someday play the cello and join the orchestra like them.

A couple years later, I began playing cello. At the time though, I liked skiing and tennis a lot better and my dream job was to pursue either one of those two sports professionally. But as I continued cello as a hobby over the years, I began to realise that it was what I liked the most. So I continued playing, and it’s become my new dream job.

Most of what I know about cello, I’ve learnt from my American teacher Nathaniel Rosen. He accepted me as his student when I was thirteen and he’s still my teacher to this day. We talk, not just about playing the cello, but also about sports and life and wider ideas of music — sometimes, he’ll even tell me stories from when he was a student of Gregor Piatigorsky, another famous cellist. His support over the past years and the musical opportunities he’s introduced me to are one of the main reasons I developed such a strong passion for cello.

Whenever I’m with my cello, I feel happier and also more confident about myself. It’s thanks to my instrument that I’m able to stand in front of large audiences and perform. I don’t just play to make myself happy though. I play also because I want to share music with all of the people in my life. Classical music can be inspiring and remarkably powerful and by playing I just hope that more and more people will get to know that power too.” — Sakurako