Saving the planet one plate at a time 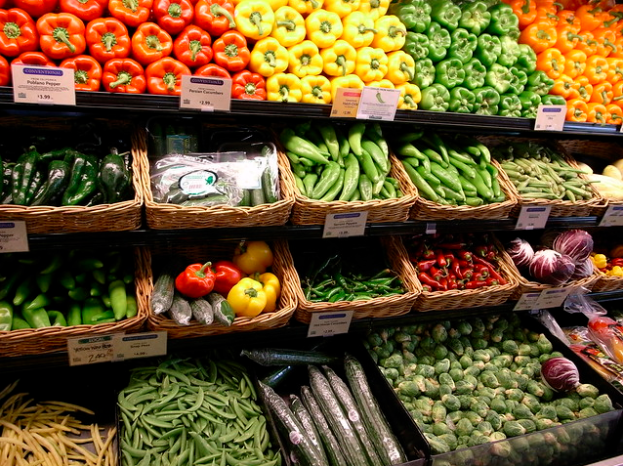 Courtesy of Masahiro Ihara. Photo via Flickr: CC licensed. From land and water use to the emission of greenhouse gasses, animal agriculture is a “core component” of the ways in which we humans have affected our environment.

You may have noticed that on Mondays, the cafeteria is strictly vegetarian. As stated on the official website, Meat Free Mondays, launched by Paul, Mary, and Stella McCartney, is an initiative that aims “to raise awareness of the detrimental environmental impact of eating meat, and to encourage people to help slow climate change, conserve precious natural resources and improve their health by having at least one meat-free day each week.” Many schools across the globe (122 schools in the UK alone) are taking part in this campaign, including—of course—Sacred Heart.

Yes. Eating meat does have health benefits. As Science Magazine reports, meat is a good source of various nutrients as it contains high-quality protein with all essential amino acids as well as many vitamins and minerals including iron, zinc, and B12. It can be a vital nutrient source for those who live in communities with harsh climates or for people with low incomes, as in most developed countries today, the price of meat is the cheapest it has ever been. According to the Food and Agriculture Organization (FAO) of the United Nations, children have shown great physical and mental health benefits when milk, meat or eggs are added to their diets in modest quantities. In addition, the livestock and animal agriculture sectors are a core component of economies in many countries, as they provide employment for a large number of people, as well as the raw materials and primary inputs of the food industry.

However, from land and water use to the emission of greenhouse gasses, it is also a “core component” of the ways in which we humans have affected our environment.

According to the FAO, livestock represent the “largest of all anthropogenic land uses.” This is because the land used by livestock includes not only that which allows for the animals to graze but also that which is required to produce feed crops. Vast amounts of feed crops are  necessary to sustain our current level of meat production—Primatologist Jane Goodall says “more grain feeds animals than people.” Of course, all this grain requires unsustainable amounts of water as well as land. The drinking water for livestock and the processing and irrigation of their feed crops requires increasing amounts of water.  As ScienceDirect reports, the livestock sector is responsible for around one-third of global freshwater consumption. Animal agriculture also emits a considerable amount of carbon dioxide, methane, and nitrous oxide. The FAO reports that it is responsible for up to 18% of all greenhouse gas emissions—a large portion of total greenhouse gas emissions stems from the carbon dioxide emitted during the manufacturing of fertilizer used in feed crop production. According to the United Nations, the combustion of fossil fuels in manufacturing fertilizer can emit up to 41 million tons of carbon dioxide in one year.

First introduced to our school in May of 2018, a whole year has passed since the Meat Free Monday campaign was implemented.

According to Caezars Kitchen, Sacred Heart consumes around 17 kg of meat every day. By the end of this school year, we will have had 35 Meat Free Mondays, and we will have saved 595 kg of meat! Although there are still aspects of our food choices that could be improved upon — such as giving up processed foods for more locally grown (and thus more environmentally viable) products — the Meat Free Monday campaign has been an overall success.

Part of a growing hope for a more environmentally sustainable future, the Meat Free Monday campaign shows that while our individual consumer choices do matter, it is by coming together in a collective effort that we will achieve the great societal changes necessary for such a future.