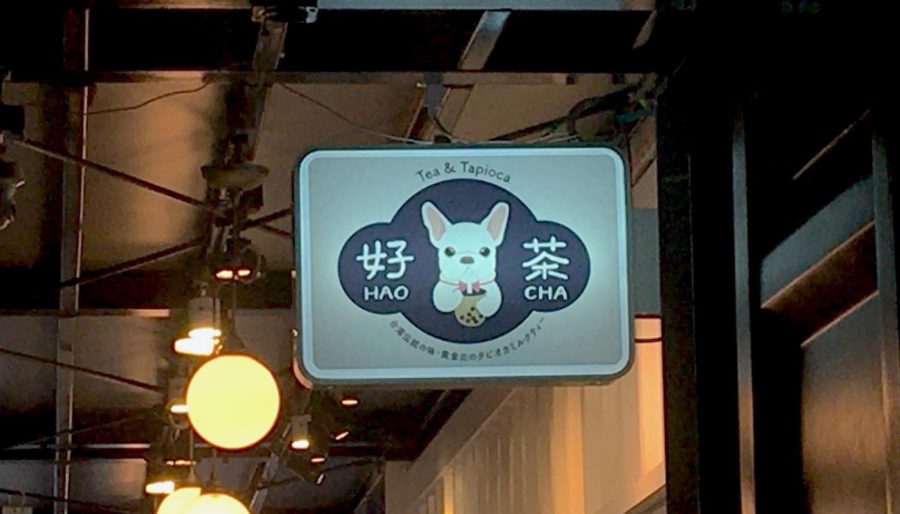 Hao Cha scored the lowest out of any other Hiroo cafe.

Bubble tea is the trendiest beverage in Japan at the moment, with many people enjoying a cup of tea, particularly during the warmer months. Sacred Heart is no exception. Hao Cha, the local bubble tea place in Hiroo, is reasonably popular among the students and teachers of Sacred Heart. Survey results showed that it is the third most popular cafe (behind Family Mart and Starbucks), with 28 percent of the 135 people surveyed having gone to the cafe. Unfortunately, the survey that we conducted also shows that Hao Cha is the least eco-friendly Hiroo restaurant frequented by Sacred Heart staff and students — only scoring an 8.5 out of a possible 24 points.

The biggest environmental problem with bubble tea is the amount of single-use plastic used. This is particularly the case at Hao Cha as there is no option to use reusable cups so customers are forced to purchase unnecessary plastic with their drink. Further, there is only one bin — which has no label indicating the type of waste it is for — in the shop minimizing the scope for recycling. The bin is out of the way so customers may not see it, which could lead to the cups being left on the street or in the wrong bin. Hao Cha scored the lowest possible score for both packaging and waste: 1/4.

Because Hao Cha is a specialized store, it does not need many products. When asked, the employees said that the milk used was from Hokkaido. However, the pearls were imported from Taiwan, increasing the store’s carbon footprint. Hao Cha scored 2/4 for the source and type of products.

The shop uses excessive amounts of resources such as lights and air conditioning. When asked about the lights, the employees said that they were not LED and that they were kept on all day. The shop’s air conditioning was set to 19 degrees — which is much lower than necessary — while the windows were open, letting the cold air out. On the upside, the shop is much smaller than other stores so there is less space to cool. Overall, the excessive use of resources contributed to its poor eco-rating, scoring a 1/4 for energy used.

Further, the cafe did not promote eco-friendliness in any way and received a low score of 1/4 for eco-consciousness. We encourage the students of Sacred Heart to rethink their purchases of bubble tea, particularly from Hoa Cha in Hiroo, and urge them to consider choosing other stores with better eco-ratings, such as Starbucks, for their after school refreshment.