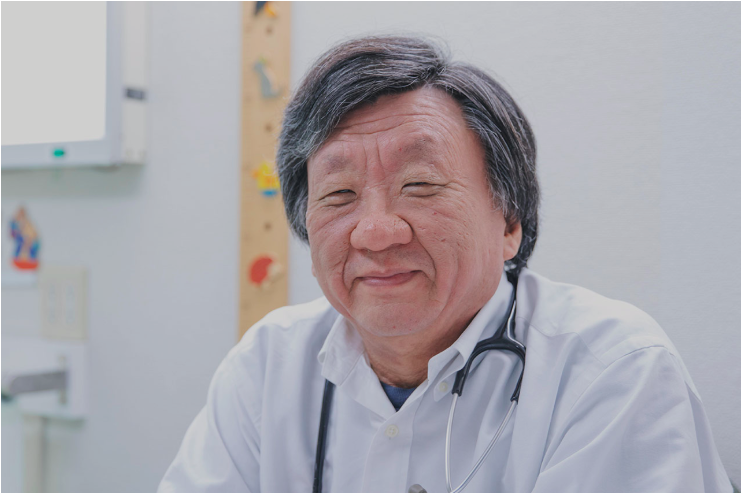 “I graduated from St. Mary’s in 1975, which is quite some time ago. The Tokyo Tower was still the tallest building in the neighborhood. We still had streetcars running during my elementary school days.

I do keep in touch with my classmates from high school. Although not anymore, my class was the most active and well represented in the Alumni Association of St. Mary’s for the longest time.

During high school, I wanted to pursue a double major in chemical engineering and cognitive psychology, and that eventually led me to go to medical school. Although many students aspire to become high profile neurosurgeons or Nobel prize laureates, my ambition was to pursue something more realistic in emergency medicine and be good at it.

The only reason I pursued a career with children is because I thought that regardless of age, it was not the children’s fault that they became ill or injured. I could often sympathize with them better.

One memorable patient was the smallest baby I was able to help stay with his family. He was allowed only 23 weeks 6 days to remain in his mother’s womb and weighed only 350 grams at birth. He was one of the smallest babies that survived intact, and although he did have a minor vision problem, he had no physical, mental, or learning disabilities, and is a perfectly fine grown man now.

Another memorable set of patients involved a family of three who all suffered severe burns. Initially, the hospital I worked for was going to accept only the parents, but I pleaded to accept the child, too, although it was against the administrative order, and technically breaking the rules of how the intensive care of the hospital should be run. I assured all involved parties that the family would recover well together if they all knew that they were all within reach of each other. The recovery was amazing, and they helped us change the rules of the hospital and the emergency care unit, that a family unit should be intact as much as possible when all the members needed similar care for a similar reason.

Pursuing a medical education is not easy these days. One needs to be intelligent, smart, and quick thinking. The academic record has to be almost impeccable to support them. It is tragic that we cannot select the students who are probably more qualified with better integrity and perseverance than the other students. However, more than anything else, I think compassion for the patients is the most important characteristic one needs to become a physician or a surgeon.” – Dr. Che