What happened when I attended the Harvard Summer School 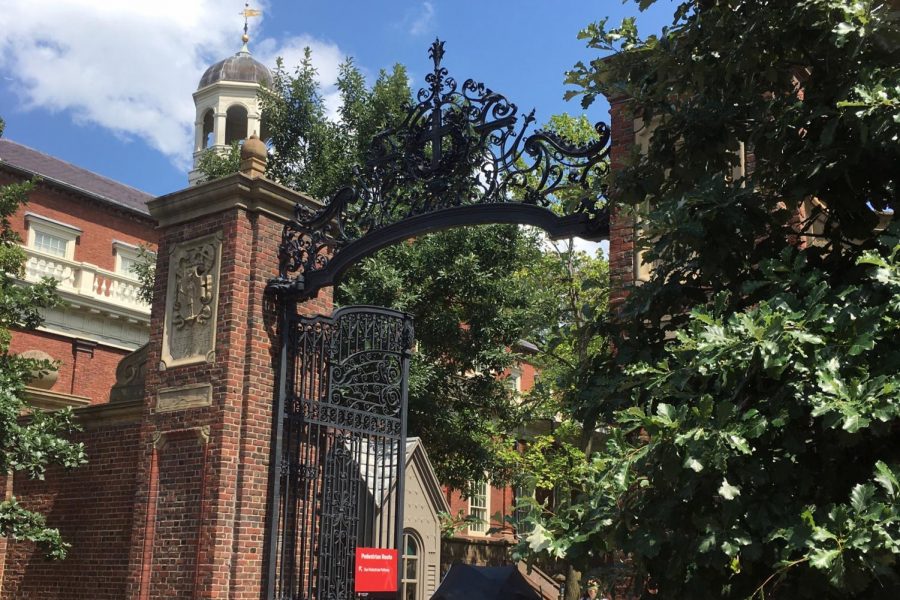 Harvard University Johnson Gate – This entrance is located in Harvard Yard and opens onto Harvard Square.

PRE-HARVARD
Disney Channel taught me at a very young age that summer school was for students who were unable to pass certain courses at school. I thought that the ideal way to spend my summer was to go back to my grandparents’ home and watch TV until the summer ended. So most summers, my personal narratives in English class were rephrased versions of how I went to places with little to no appreciation for the place I was in and about how I was the literal definition of a couch potato – I did minimum work and slept for hours on end.

2018 was the year that I decided to become the “new” and modified version of myself. To find out how to become this “new and modified” version of myself, I contacted my trusted therapist – Google. Disney Channel would have told me to go to Camp Rock and become the next Hannah Montana or try to discover my inner wizard. But Google gave me more realistic advice – “Participate in a specialized high school program.”

A month or two after applying to the program, I logged into my account and out popped the sacred page. I had been accepted to HARVARD UNIVERSITY’s summer program. I pulled my sleeves up, feeling like I was on top of the world. Proud of myself, I called my parents to tell them that their daughter was now a Harvard student because clearly, I was.
AT HARVARD
On the first day of class, after a general introduction to the class, the professor walked to the front of the class and said, “Please tear out a page from your notebooks and get out a pencil. Write your name on the piece of paper. Now, list all 10 principles of economics.”

I looked around me to see that everyone was intensely writing. University graduates, high schoolers, adults – the diversity of age groups in the class was huge. And there was one thing all these people knew that I didn’t – and it was that we were supposed to pre-read the textbook. Did I miss an email? Was this not the class I was supposed to be in? Did they decide to drop me from their course and then not inform me? I let out an internal sob. If I cried, would I be excused from this horrendous situation?

At that moment, I could have done anything that would’ve gotten me out of the quiz. But instead, I found myself trying to recollect any details from Mr. Horn’s Social Studies class and our discussions on basic Economics terms – like supply, demand, scarcity, equilibrium – and quickly scribbled down something, anything, I could remember.

Long story short, there was no email giving us instructions on how to prepare. Some people just read the textbook beforehand. I mean, what more was I supposed to expect from HARVARD students? From that day onward, I went and read, and re-read the textbook every day. I made up quiz questions in my head – “Define Monopolistic Competition.” “Draw the Price Ceiling graph.” – and answered them in my head even though 99% of the time the question that I imagined would be on the quiz, wasn’t on the quiz.

No matter how hard I tried though, I always felt like the turtle in a class full of cheetahs. My learning capacity was at its maximum just three weeks in, and I was unable to keep up with the pace of the class. I swear my brain became two times its size and was ready to pop like a balloon. My classes at school were never this fast and if they were, I always knew that I could approach my teachers. At Harvard, though, the professor would spend the lecture telling us stories about how Economics could be applied to real life, but the basic learning of course material was meant to be done at home or in the TA sessions that took place twice for an hour a week. The class size was huge with around 70-80 people in my class and lacked interaction. Everyone was on their own. One had to reach out and talk to the TA or professor for help. I just wasn’t confident or comfortable enough to approach the professor or TA until I really knew how they taught or what kind of person they were. I guess that is my fault, but in my defense, I was in a new country and a new “school”.

Of course, there was an outside tutor option, but living off-campus meant that coming in on the weekends or staying back late was harder due to limited public transportation. And believe me, there was no way I was waiting for an hour for a bus that I didn’t know would come. I did try to go for two tutoring sessions, though, and found that the tutor was helpful in that he taught me how to approach a few questions. But, frankly speaking, I never went back after the first two sessions. The tutor didn’t teach me anything that I couldn’t have learned on my own. Instead, I often found myself studying in the local library.

One experience that stood out to me most was the homework that the professor assigned. He asked us to read an article and analyze the economics behind the article we had been learning. That was my moment to shine. I knew I could cook up some mean essays. The professor gave us an assignment with guidelines – one page, double spaced, 12 size font, self-drawn graphs, and citations. I didn’t think much about the guidelines as I was typing up my essay. I had to say, it was an essay that I was proud of – I spent four hours spicing up the essay with all the Economics vocabulary I could think of and seasoning it with the graphs I had drawn myself. In the end, the essay ended up being only 400 words and THREE pages. I thought that the person grading my assignment would be impressed with the quality of the assignment and not the quantity because clearly, this was some Harvard level writing. For the first time in my Harvard University career, I walked proudly to submit my assignment.

In the next class, we got our assignments back. My carefully cooked up essay was now burnt. I got 2/4! HOW? I thought I did so well and I was sad, oh, so sad. The only remark that I got from the TA who marked my paper was, “This is good but it isn’t one page.” WOW! Was that all the feedback that I was going to get? I worked so hard to write this essay. This was supposed to be HARVARD, not HARD-VARD. This school was supposed to magically make me the smartest person I know. As you can probably tell, I was a little bit mad. If my life were a novel, then that essay incident would have been a turning point. I don’t even know why I took it so seriously among the billion other quizzes that we had, but I did.

Seven weeks later, I skipped out of the exam hall. I was out of there. FINALLY!
POST-HARVARD
I think the resolution of this whole adventure happened in my senior year of high school. Upon facing the reality of actually having to leave high school, I began to really think about the kind of environment that I wanted to be in for the next phase of my life. Was Harvard the kind of place I wanted to be in? Not exactly. Yes, I had passed the course I had taken, but not up to the standard that I had wanted to. That end result and the overall experience, in general, really shaped my thinking during my college search. Harvard taught me that I, personally, really appreciate small classes that foster communication between students and professors. These became the top priority in my college search. I didn’t become the smartest person I knew, that summer, but I did become smarter about making choices for myself.

However, there is one thing that I will still be proud to say today – I was once a Harvard University (summer program) student.