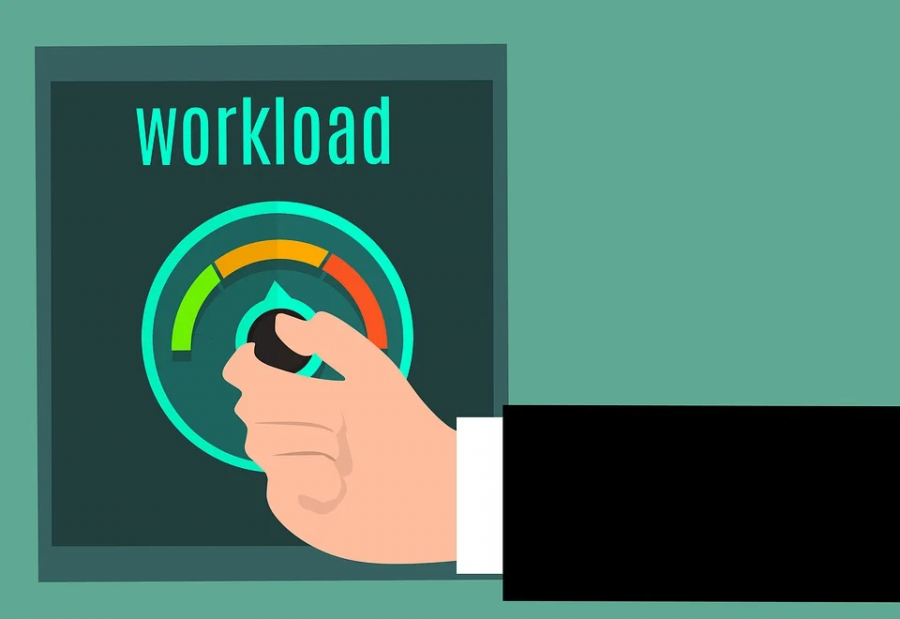 The first week of e-learning was one of discovery and transition for everyone. Both teachers and students were initially unfamiliar with tools such as GoogleMeets and other methods of online communication so the first few days were dedicated to adjustment. Thus, most previously-assigned works had extended due dates and previously scheduled tests, homework, and presentations were either delayed or canceled.

In terms of new online work, different classes experienced varying workloads. While some classes kept a slow pace for the entire week, some classes experienced a large wave of new online work, such as several multiple-choice and free-response questions on AP Classroom, which was over the usual workload. While 32.6% of students reported having more work than usual and 11.6% reported having less work than usual, overall, 60.3% of students found their online workload similar to normal according to Ms. Young’s Week 1 Survey.

By the second and third weeks of e-learning, most classes had established a solid routine. Many teachers also gave students the opportunity to express their thoughts on the workload during class or through surveys, which further helped with matching the amount of work to the usual.

In AP classes such as Calculus, Chemistry, and Biology, the workload was primarily focused on review for the AP exams, so students “met” with their teachers briefly at the beginning of class and worked independently and at their own pace for most of the class time. On the other hand, classes that are more discussion-based, such as AP English Literature, AP World History, and Theory of Knowledge, held GoogleMeets for the majority of their classes as well as discussion threads on Moodle or Google Classroom.

During the second week of e-learning, 76.5% of high school students reported that their online workload was similar to normal, while 27.6% reported it to be more than usual, and 0% to be less than usual – an improvement from Week 1.

By the fourth week, it was very interesting that each of the classes had built up a unique atmosphere, somewhat similar to that of its regular face-to-face classes. While switching to online has affected coursework and projects in some way or form, the workload has been consistent, preparing students, especially AP students, well for their upcoming exams.