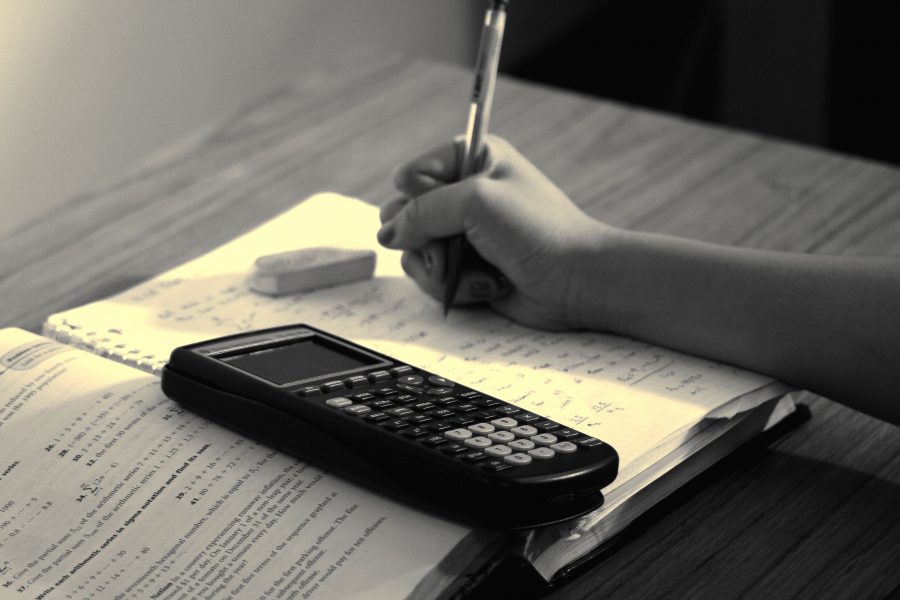 The exams are usually administered a number of times in different time zones, in strictly controlled environments, using several versions of questions to ensure test security. The 2020 digital testing system required all test takers for each specific subject to take the exam simultaneously, regardless of geographical location.

On April 4, a future-altering decision was announced by the College Board that the 2020 AP Exams would be administered completely online from May 11 to May 22, at 12:00, 14:00, and 16:00 Eastern Time. In order to accommodate this new administration method, the exams that usually last up to three hours (depending on the subject) were shortened to less than an hour, and it was decided, for security reasons, that they would be simultaneously released worldwide.

This decision was met with objections from students, teachers, and families for one reason: international AP students, especially those residing in Europe and Asia would have to take the exams at nighttime.

AP, which stands for Advanced Placement, an American non-profit organisation, provides students opportunities to do college-level studies and earn college credits in high school. It has gained global popularity as a high school education curriculum, primarily in American schools, and in 2018, a total of 2,808,990 students took one or more AP Exams worldwide according to the College Board’s Program Summary Report 2018. Usually, the exam is administered a number of times in different time zones, in a strictly controlled environment, using several versions of questions to ensure test security. However, the new testing system required all test takers for each specific subject to take the exam simultaneously, regardless of their geographical location.

Although there are variances due to time zones, the new exam schedule forced international students to take the exam sometime between 17:00 to 06:00 (the next day). For students living somewhere within the UTC+09:00 time zone, their exams began at 01:00, 03:00, and 05:00. Moreover, the test takers were required to check in to their exams 30 minutes before their exams began.

This new testing system sparked countless oppositions all over the world, and a petition at Change.org gained over 9,000 signatures within two months. A noticeable pushback came from those affiliated with the US government and military, which has numerous workers and their families assigned in facilities and bases all over Europe and Asia. The European PTA, the European affiliate of the American organisation PTA (Parent Teacher Association), issued a press release within two weeks from the College Board’s announcement, and even the US Department of Defence Educational Activity (DODEA) protested the decision according to Stars and Stripes.

However, the impact of the College Board’s decision went beyond the DODEA community. An open letter was posted in the Washington Post on 23 April, under the joint signature of 46 educators, specialists, and other related personnel from all over the world. The letter pointed out the various uncontrolled variables under current situation, such as access to education and preparedness, access to technology, accommodations for students with disabilities, increased stress levels induced by the pandemic, and lack of information about the validity and effectiveness of the AP Exams. With those in consideration, the letter proposed two changes to the testing method: abolishing the time limit and the simultaneous release.

Additionally, the East Asia Regional Council of Schools, EARCOS, an international organisation consisting of 188 schools in the East Asia region, jointly sent an official letter to the College Board, reiterating the unfairness in the simultaneous testing schedules. A number of those schools also wrote letters of complaint individually to the College Board, including the International School of the Sacred Heart, located in Tokyo, Japan. 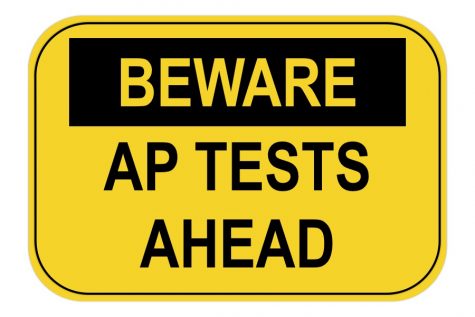 The International School of the Sacred Heart, a non-profit, private girls’ school, offered 21 AP courses this year to their 11th and 12th graders. This year 100 students took 295 exams. The International conducted a survey in April to capture the opinions of their students regarding this topic. Out of the 36 students who submitted a response, 31 students (86.1%) thought that the new schedule could hinder their performance, and 33 students (91.7%) felt that the new scheduling made the exams inequitable.

Cristina K., a student in grade 11, commented: “Students should be granted equal opportunities to take this examination, as not only are they an essential component of what we present to universities, but they were also quite expensive. […] [It] is absurd to think that students have to take exams in the middle of the night, as it can hinder our performance, and negatively impacts our mental and physical health, as it contributes to lack of sleep, and goes against our natural circadian rhythm.”

Some students also felt that the College Board’s overall response to the situation was inappropriate. Noah S. , a grade 11 student, said “The AP exam is such a huge factor for our admissions in college but they have disregarded the consequences faced by the students who have to wake up so early to do these exams. […] My performance will be very different to another student with the same exam in the US who would have gotten a proper amount of sleep. The disadvantage we are currently in is absolutely unfair and the response from the College Board is very poor.”

The College Board did prepare compensation and relief options for the nighttime test takers. First, they clarified that cancellation fees will not be required for students who decide to opt out of the exams due to the nighttime schedules. Additionally, free vouchers to take the test for CLEP, College Level Examination Program, will be granted to any student who felt their results were unsatisfactory.

Nevertheless, Cameron Murray, a 12th grader in Kubasaki High School in Okinawa, Japan, expressed his dissatisfaction towards this policy in an article from Stars and Stripes: “Opting out of the AP exam gets rid of the incentive to take the class in the first place […] Even with the CLEP exams as an option, that’s a lot of time lost that we’ve invested in studying specifically for the AP exams.”

Unfortunately, the stakes on the AP exams’ results are significantly high for many students. Alisa B., a grade 12 student at the International School of the Sacred Heart, spoke on the situation: “Especially for students taking multiple exams, the new exam schedule will disrupt our sleeping schedules for several days in a row. I also know friends who have conditional offers for universities, which is extra pressure to do well in these circumstances that are far from ideal.”

The benefits of good scores in AP Exams go beyond deciding where a student goes after high school. Gaining college credits in advance may also get some students a discount in their tuition, which can make expensive tertiary education more accessible to a wider range of students.

Regardless of tremendous amounts of criticism, the College Board went ahead with their plans and administered this year’s AP Exams from the 12 to 23 of May, JST.

Now, it has become more apparent that the College Board was not prepared enough for this new exam administration.

On May 20th, an article from Forbes reported that two law firms in the US filed a lawsuit against the College Board on behalf of a group including students who were met with technical problems and could not have their responses taken in. The plaintiff team also includes the National Center for Fair and Open Testing (FairTest), a NPO that “works to end the misuses and flaws of standardized testing and to ensure that evaluation of students, teachers and schools is fair, open, valid and educationally beneficial.”

The lawsuit contents are breach of contract, gross negligence, misrepresentation, and for violating the Americans With Disabilities Act. Through this lawsuit, the plaintiff team is demanding that the College Board pays a monetary relief of more than 500 million dollars, and that the College Board accepts the students’ answers instead of forcing them to take the retake scheduled for June.

The main technical aspect that was involved in this year’s AP Exams was the submission. In this year’s exams, the College Board had students type or upload a file of their answers through a form online, and submit them within a five-minute window set up at the end of each exam. The only exceptions to this were the AP World Languages Exams, which were administered through a special application for smartphones and tablets.

Some people were already concerned about these submission methods, since very large numbers of people would be accessing the server from all over the world within a very short timeframe. This concern was proven to be true, and halfway through the second week of exams, the College Board set up two email addresses as an alternative submission method for students who faced technical difficulties. Despite the effort, these email addresses also failed to deliver submissions in some cases, saying that the attached files were corrupt.

In the International School of the Sacred Heart, eleven students in total (including those before the email submission was enabled and those who were able to submit using the email methods) could not properly submit their responses through the original method, which was to upload the responses to a form that the College Board had set up. Out of these nine students, three students could not submit their response via email either, and were told that their attachments were corrupt. The AP World Language Exams application did not work for three students. All of the students whose answers did not properly submit in the end had to take the retake test if they wanted to gain an official score and recognition.

Usually, AP Exam questions are prepared two years in advance, meaning that the questions that would have been given this year, if not for the COVID-19 pandemic, were first constructed in 2018. Then the draft tests go through multiple reviews involving experts and specialists to make sure that the appearing topics are appropriately presented. The tests may also be tested on sample populations to ensure the clarity of the questions and their vocabulary. The actual administration part is also done according to meticulously made procedures that have been constantly ameliorated through years.

In comparison, the first case of COVID-19 in the US was first reported in late January (CDC), and the WHO declared the outbreak as a pandemic only in March. That is less than half a year to prepare a new testing procedure, which is one-quarter of the time spent in preparation for a standard AP Exam. The actual time spent for preparation may have been even shorter, considering the fact that the explosive spread of the infection was unpredictable at the time.

“If the College Board does similar testing in the future, I hope they will organize a separate test for international students at a better time,” said Alisa, and they may be doing just so.

On June 3, The New York Times reported that the College Board will be postponing their plans for administering an digitalised, at-home version of the SATs. On their “SAT and PSAT-Related Coronavirus Updates” webpage, the board justifies that “[an] at-home SAT would require three hours of uninterrupted, video-quality internet which cannot be guaranteed for all students” and that “[they] do not want to introduce the stress of extended at-home testing in this already disrupted admissions season.”

At the same time, they clarified that they are still “committed to a future with a digital test.”