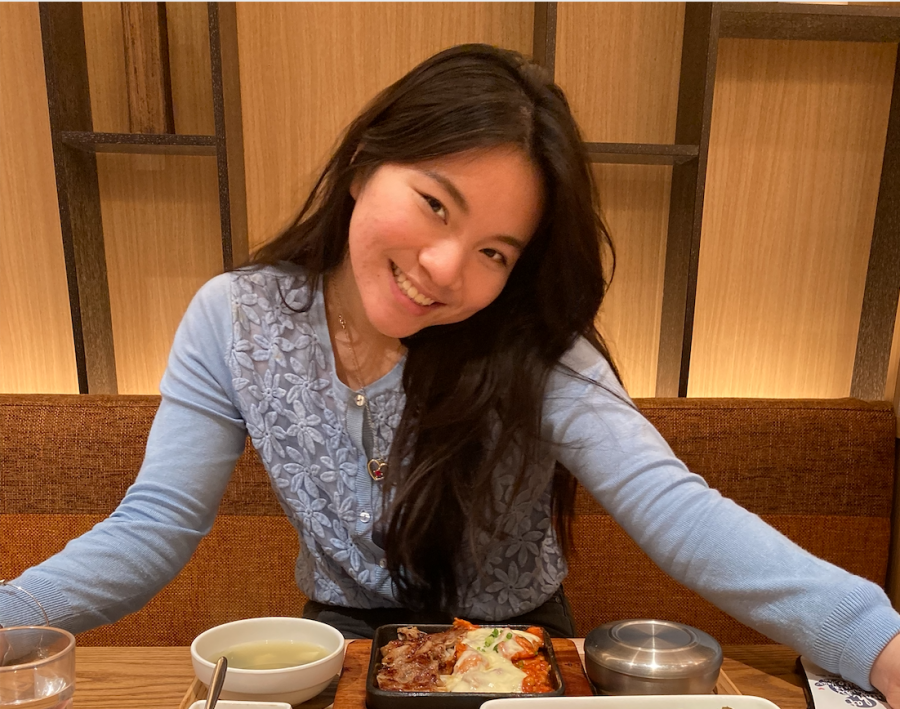 “I started having acne in sixth grade. That was when I went to California, to a homestay. At that time, I couldn’t speak English, so when my parents told me to go to California alone and live with a host family, that was really stressful. I was only 12. That’s also when puberty started. So, that’s when I first started having acne, but it didn’t get worse until seventh or eighth grade when I moved back to Japan. That’s when it got really bad, and I started seeing dermatologists. But I think the technology and the medical advancements that we have here are not as great compared to the United States, so I had my cystic acne for around two years. 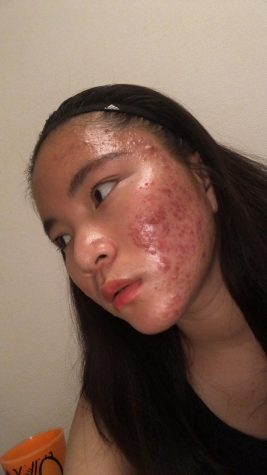 When I first came to ISSH, in seventh grade— that’s when my acne became severe. But people here are so nice and welcoming, and I don’t think I encountered any type of bullying or anything, so I was really lucky to have a good support system, including my family. But, I think, in middle school, I wasn’t as obsessed with social media as I am now, so I don’t think it affected my self-esteem that much. But, I would walk down the street, and think, “Why do all my friends have completely clear skin? Why do I have to have so much acne on my face?” So in a sense, it did affect my self-esteem, but eventually, I was too busy with school to even care about it anymore. But I think it was always there in the back of my mind. I do remember at the end of 8th grade, I started wearing masks to school to cover my face because I was feeling insecure. But it got better.

Then, in ninth grade, I moved to Minnesota, and my acne started getting better because the dermatologists in America prescribed Accutane, which is a very strong medication to treat cystic acne. But it also has a lot of downsides, like depression, weight loss, and hair loss. I heard that some people lost their eyesight too, so I was really scared. But at that time, because I had it (cystic acne) for the third year, I was so done with it, so I was like, “Please, give me anything that you have,” so they gave me Accutane, and that helped me so much. It was definitely what helped me the most during my journey. In the first two or three months, my acne just started disappearing. A side effect I had was dry skin and lips, but it was cool because I didn’t have to wash my hair for a week because it was so dry. 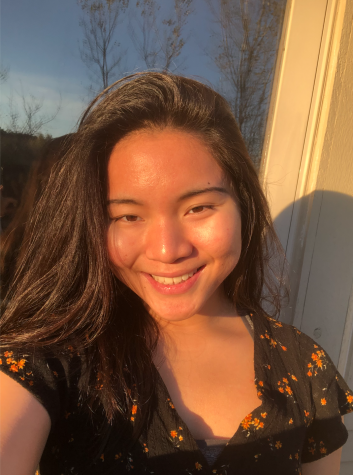 My skin is still not completely cured— I still get acne, so I don’t want to send the wrong message. It’s a process. Accutane helped with cystic acne, and so did Hyram, (the YouTuber/Influencer, aka skincarebyhyram). I saw him on YouTube, and he started becoming popular, so I thought, “I should use the products he recommends!” At that time, I was in the U.S., so it was easy to order them. First, I used his red facemask (which is his most popular product), and then I started to explore the brand The Ordinary. That helped me a lot. Even now, although the shipping fee is really expensive, I still order it, because it’s really good.

The healthcare system in the United States is really expensive. I am an American citizen, but since I hadn’t lived there for a very long time, I didn’t have really solid healthcare. Since Accutane is an elective (an optional treatment to increase one’s quality of life), I had to pay for it myself. So, whenever I’d see my dermatologist, I’d have to pay for the visit, plus the Accutane medication. The visit was around $300, and the Accutane medication was also around $300 each month. It was so expensive— but my mom knew that I was struggling with cystic acne, so she was willing to pay for it.

I really like it when influencers talk about insecurities. Taylor Hill, a Victoria’s Secret Angel, just talked about acne problems, and so did Kendall Jenner. Theirs wasn’t as severe, but they talked about it, which is really good. Representation and exposure help teenagers feel safer and more comfortable with their own skin. I think people know that having acne is normal for a teenager, but when they see someone with cystic acne, they ask things like, “Are you washing your face?” and I feel like saying, “Obviously!” When I went to China over the summer when people saw my face, they would say, “Oh my gosh, you should try this, this, this, this,” and I knew they had good intentions, but it felt annoying because I was really trying everything that I possibly could, and I didn’t think the tea they were recommending would’ve fixed it.

I didn’t have people around me that experienced what I did. That was actually really hard, because everyone else, even if they had acne, it wasn’t as severe as mine. My parents told me they also had it, so I think it is also genetic, but again, it wasn’t as severe as mine. My friend, Tiana, supported me through this. Ever since middle school, I was always like, “Why do I have so much acne? Why is her skin really clear?” I would always be so stressed, especially after school, because I would stress about school, and I thought my skin was so ugly and dirty. But she was always like, “It’s okay, it will get better sometime.” Those words really helped me get through it. Not just for acne, but also for school. It helps to have a friend that tells you, “It’s going to be okay, so stay positive.”

During this past summer, so many people from my school (back in Minnesota) were getting popular on TikTok just from dancing. I also saw Hyram duet (filming a reaction to) a girl’s video about her (skin) transformation, so I honestly thought, “If I show my journey, it would get so many likes.” I guess the ideal answer to why I eventually made the video would be “I wanted people to feel comfortable in their skin,” but honestly, I wanted to see if I could become popular. So I posted the video, skincarebyhyram duetted it, and it blew up. It’s funny, I actually deleted TikTok right after I made that video, so I didn’t know it was blowing up.

Ever since that video went viral, many people started DMing (direct messaging) me on Instagram and other apps. I found that a lot of parents don’t understand the situation their children find themselves in because they’ve never struggled with it (severe skin-related insecurities). Because my acne was really bad, and the before/after transformation in the video was really drastic, I now hope seeing videos like my transformation gives people hope that everything will become better, and will also help them gain confidence.

This might be cheesy, but this experience definitely made me stronger. Now, I have more confidence, because I know what it’s like to go through such a hard time. If you have sensitive skin, and it’s affecting your mental health, stay positive, you are going to get through this eventually. Also, I think seeking help is very important. If you feel like you don’t have any support system around you, then you should definitely talk to someone. Sometimes if you don’t have anyone, it can make you feel alone, and make you think, “Why isn’t anybody else going through the same thing as me?” Just know that you are going to get through this. Stay positive. But, I would say the realistic advice is: if your dermatologist is not working, you should change the doctor. I’ve gone through at least four or five of them, so (be prepared to) seek different sources of help, and change doctors when needed.” — Miki L.