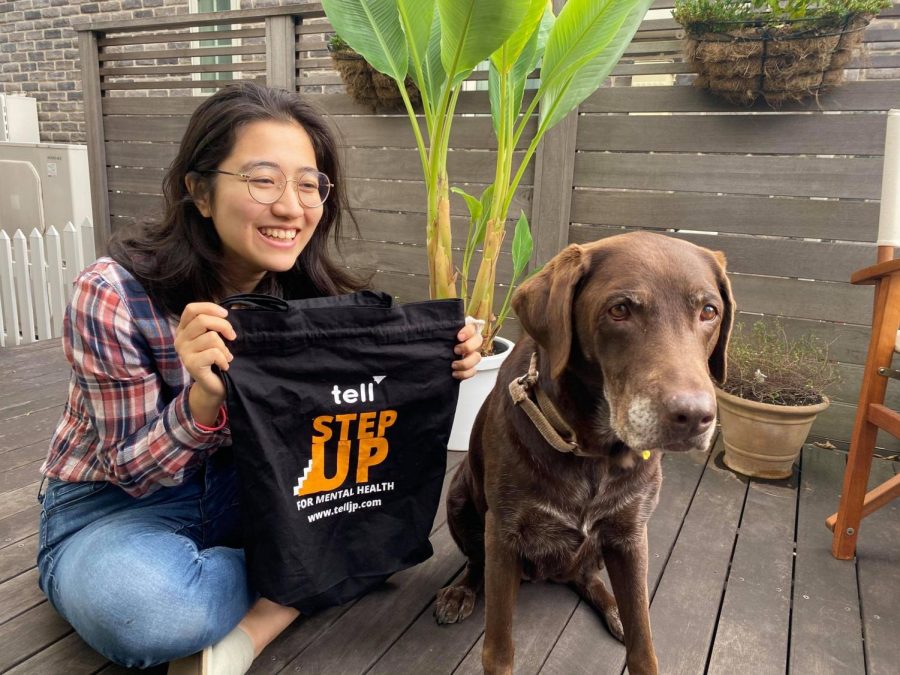 “It started off in 10th grade when something bad happened in my life, and those feelings went out of control. I started having breakdowns during classes, and at home. I couldn’t stop thinking about it. I couldn’t sleep at night. I lost control of how I was feeling, and couldn’t distinguish the working brain, [from the] resting brain. That’s when I started living with depression. When that chemical change happens, it’s very hard to do normal things like getting out of bed, taking showers, brushing your teeth, and going to school. You also forget what happiness feels like because even though you are doing things that should make you happy, they don’t.

I think depression in itself, and having bad social anxiety, were just big challenges with so many horrible aspects. One thing I really didn’t like was the fact that I couldn’t allow myself to believe that I was sick. I thought that there were so many other people that had it worse than me, which made it difficult for me to believe I needed help.

In my case, I didn’t really hesitate opening up, moreso I wanted to open up because I knew that something was wrong. I didn’t have struggles doing this with friends and people my age, but I really had a hard time opening up to my parents, because I was not someone who shared personal feelings and experiences at school. We talked about a lot of things, but not a lot about genuine feelings. I also didn’t have that many struggles growing up. I was the second child so they knew what I needed to do, I always got whatever I needed, and I was basically an average, normal kid. I knew that they would be freaking out once I opened up, so I was scared to tell them, but I did, and it was hard.

Thinking back, I was so lucky, since everyone that I opened up to supported me throughout my recovery. Since mental health awareness is increasing, people my age are obviously really aware of the fact that anyone can get depression. But I think that sometimes it’s hard for teachers and parents to understand. But I was so privileged in a way that everything my parents and everyone else did for me was really helpful. Some days I genuinely couldn’t go to school, but my parents were able to always encourage me in whatever ways they could to come to school at some point, even if I couldn’t come from the start.

Generally speaking, I really want all parents to know that you should support your children if they open up to you. It is already such a difficult process, and if parents are not ready to provide support, that creates the distinction between if the child can recover or not. I really wish all parents would understand that even if it seems just like a struggle that everyone goes through, we all perceive things differently, and some might take it worse than others. If your children ask for help, and if you think that they aren’t doing as well as they can, you should be ready to give whatever they need. That’s where I think it is very difficult: therapy is very expensive, medication is very expensive, and it might be difficult to give everything, but it’s possible to give full support without any resources. If your child says that they can’t go to school, you should believe that, because it’s a chemical change that is happening in their brain, and it’s basically the same as being sick.

I think our school is doing a really good job of handling students who reach out for support. At least for me, coming from a Japanese school where there is no talk about mental health, supporting yourself, or being in touch with your own feelings, everything that the teachers did was very helpful. They understood when I couldn’t come to school, they understood when I had to get away from class because I couldn’t handle it, or because I had to go talk to Ms. Dega, who has played a big role in my recovery. I feel that students should really understand that counselors can really positively impact you.

Something in particular that helped me cope with these feelings was definitely therapy. Having someone who listened to everything I had to say, and told me what it could have meant about my personality helped me beyond my depression: it allowed me to discover my identity. So, it really helped to have therapists who were aware of me being biracial and that I had switched my base of culture really recently.

Another thing that has really helped me has been medication, but it doesn’t work for everyone. Some people might start feeling as if their brain is being controlled, and I felt like that too. It took a long period of trying to figure out the right dosage for me to get my brain to work normally, without slowing it too much. I used to cry a lot, but now my medication is suppressing my negativity, bringing my emotions back to zero. Because of this, right now, I can barely cry, whatever the situation.

One thing I really liked hearing when I was in the middle of a depressive episode was, “It will go away at one point.” Whether you can actually believe it or not, it is really helpful. Knowing that it will all make sense again at some point, even though it might feel like no one understands.

There wasn’t any support group that I could join. That’s part of the reason why I co-founded our club, “Open Minds Society”. I didn’t want it to be labeled as a ‘Mental Health Support Group”; I wanted it to be somewhere to casually come in, and be in touch with your feelings. A place where people would listen to you, and wouldn’t deny anything. I know it’s difficult for a lot of people to open up, so I don’t necessarily want to pressure anyone. I just really hope that high school students understand they can come anytime and talk. I know from my experience that having even just one person that you can talk to about literally anything, can really change your situation. Even as one of the leaders, I really am not completely aware of how to handle some situations. I am just hoping we can all learn together by talking out how we feel.

There are certain things about mental illness that you really can’t understand unless you experience them. What people feel is unique to themselves, but we can relate to each other in our own ways. This will somehow help you understand your condition, and also get some ideas of how you can help yourself.

I grew so much from when I was in ninth grade, after going through all of this. I grew to like my brain and my thoughts. I was really able to realize how important thinking is, and now, all I talk about is my brain. Our brain is capable of giving us signs that can help us make choices. We really should respect what our brain is feeling, because mental illness is a chemical change, you can feel it coming.

Whatever struggles you are feeling, take care of them. Slow down if you really feel that you need to. Because I allowed myself to take a break, and I had the support that I got— whether that was, not coming to school, or just needing to get out of the class if I felt too overwhelmed, my recovery went well. The faster you take care, the faster your recovery is going to be. So allow yourself to do things, even if you feel like that’s not allowed.

There are some organizations beyond Tell who are really good, like R U OK? from Australia. They give out resources on how to react when someone tells you they’re not okay, or how to ask people if they are doing okay. I strongly recommend taking a look at it, just to be aware of what’s the appropriate way to talk to people about this issue. As someone who has made mistakes when caring for others, I have a lot to learn from them too.

Also, search for Kati Morton on YouTube. She’s a licensed therapist who also creates countless YouTube videos about everything you want to know about mental health, including some very specific illnesses.

As far as TV shows on Netflix, It’s Okay Not to Be Okay, is really good. It’s a K-Drama, lowkey scary, and a little dramatic, but it’s based on a psychiatric hospital, so if you want to learn more about different mental illnesses, or if you are interested in psychology, it’s a great show to watch. It also indirectly tells you that you should take a break if you have something that is bothering you, you should sit down and face it, and try to solve it with help from others. Silver Linings Playbook is a really good movie as well.” — Mine