‘The Tattooist of Auschwitz’: an unforgettable story of a Holocaust survivor 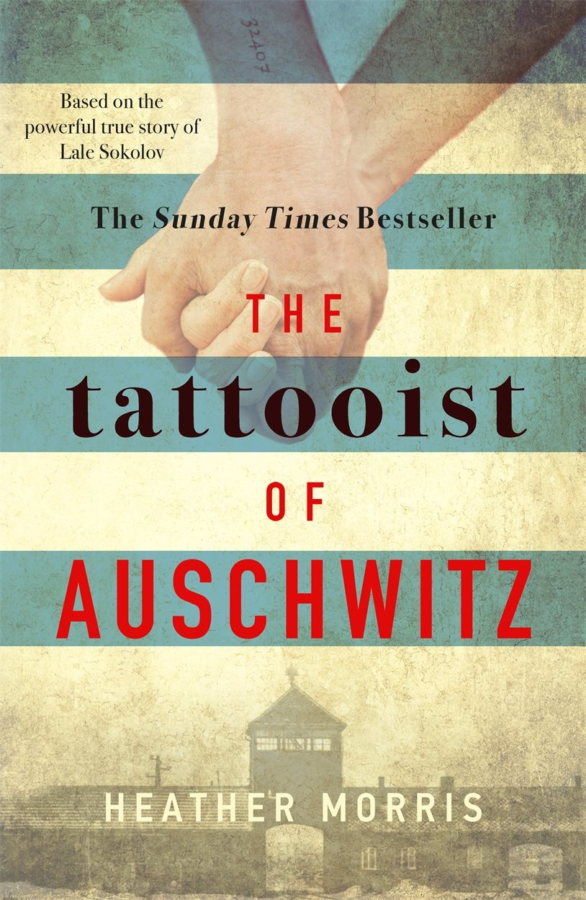 With International Holocaust Remembrance Day on January 27th, many of us were reminded of the genocide that took away the lives of 11 million people, including 6 million Jews, the largest death toll in history. “The Tattooist of Auschwitz” by Heather Morris depicts life as a prisoner in a concentration camp operated by the Nazis during World War II.

The novel is based on the true story of 26-year-old Lale Sokolov, a Slovakian Jew who is sent to the Auschwitz-Birkenau concentration camp in German-occupied Poland. Lale arrives at Auschwitz in 1942 after Jewish families are forced to give up one child. As soon as they arrive, their wrists are tattooed, heads are shaved, and they are put into prisoner uniforms. Prisoners are forced to live in poor conditions, fighting for beds, working long hours, and are shot without hesitation

One spring day, Lale faints after getting typhus and is thrown onto a cart for the dead and dying. An old man named Pepan, who happened to be the Tätowierer or the tattooist, saves him and offers him a job as his assistant. Although Lale is hesitant at first to take the job because he would have to hurt others, he takes the job eventually after Pepan tells him, “Someone has to do it.” While tattooing prisoners, Lale saves a girl, Gita, from a Nazi physician who conducts torturous medical experiments on prisoners. They fall in love and with the help of Baretski, the SS officer in charge of Lale, he is able to exchange letters with her in secrecy.

Baretski fulfills several roles in the story and has many sides. He can be ruthless, warning Lale that he has the power to kill him any time. However, he is also capable of caring for others. He worries about his sisters back home and he also does Lale a favor and gets Gita transferred to a warmer building when she gets sick.

Lale’s kindness is also shown through his effort to keep others alive. As the tattooist, Lale has increased rations, more freedom, and a lower chance of being killed compared to the other prisoners. He uses his advantage to help others by bringing food to his old block mates. When Gita first meets Lale, she believes that she will never make it out of the camp, saying, “Outside doesn’t exist anymore. There’s only here.” She identifies herself as prisoner 4562 and refuses to tell Lale her full name. However, Lale gets Gita to promise him that she will tell him more about herself before leaving the camp and encourages her to believe that one day they will make it out of there.

The book brings a new perspective on the Holocaust that history textbooks cannot. The relationship between the characters and the efforts they make to survive the harsh situation come together to create a meaningful story. Lale often reminded himself of a saying from the Talmud, a central Jewish text: “To save one is to save the world.”

Lale’s story is one of many that we should learn from and should not be forgotten.