The 2021 Nobel Peace Prize recognizes the crucial role of journalists 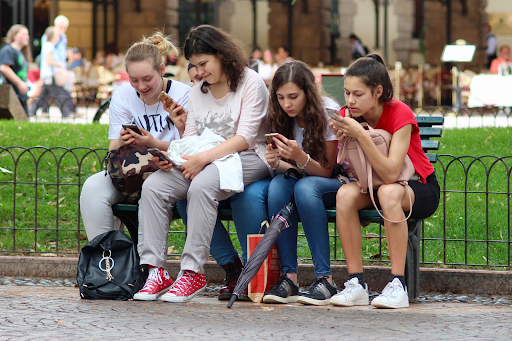 UNESCO has stated that with the “intensive mediatisation of human life,” people have changed from “passive audiences” to “active participants” of the media.

Conventional wisdom says that the pen is mightier than the sword.

On October 8, the Norwegian Nobel Committee announced that journalists Maria Ressa and Dmitry Andreyevich Muratov will be receiving the Nobel Peace Prize for this year, in recognition of “their efforts to safeguard the freedom of expression.”

“Without media, you cannot have a strong democracy,” said Berit Reiss-Andersen, Chair of the Norwegian Committee, during an interview with Stig Arild Pettersen discussing the reasons for the Committee’s decisions, as well as on the significance of media and journalism in today’s society.

According to the press release published on the official Nobel Prize website, Ressa combats the authoritarian government led by Rodrigo Duterte in the Philippines, her home country, through her journalistic activities. She is the CEO of Rappler, an independent media online that she launched together with others in 2012. Together with the company, Ressa has also covered the way the Duterte regime is falsely influencing public opinions by using social media to disseminate disinformation.

Dmitry Andreyevich Muratov, a Russian journalist, is battling the Kremlin with Novaya Gazeta, which is characterised as the “most independent newspaper in Russia today” by the same Nobel Prize press release. He co-founded the paper in 1993, and has been the paper’s editor-in-chief since its first publication. Novaya Gazeta is known for its challenging attitude towards the overall corruption within the Russian authorities, and has been a target for threats, violence, and murder.

This year was one of very few instances that journalists were awarded the Nobel Peace Prize since its beginning in 1901. Out of the 137 Peace Prize laureates, The New York Times reported that only two other journalists have received the award in the past: Ernest Moneta, an Italian journalist who took leadership in the Italian peace movement, and Carl von Ossietzky, a German journalist who criticised the Nazis through his activities. The laureates received their prize in 1907 and 1935 respectively. In the last 86 years, no journalists were awarded the Nobel Peace Prize.

In announcing this year’s laureates, the Norwegian Nobel Committee characterised freedom of expression as “a precondition of democracy and everlasting peace.” Throughout history, journalism has played a crucial role in uncovering the faults of authorities. Major scandals like the Pentagon Papers, Watergate scandal, the systematic coverup of sexual abuse targeting children in the Boston archdiocese, and many others came into light as a result of investigative journalism and consistent efforts of journalists to provide the public with information.

One of the major responsibilities of the media is to “keep the authorities in check.”  Journalism can ensure that powerful institutes, like the government, are correctly exercising the authority entrusted to them by way of democracy. In a political setting, access to factual information enables the public to assess if they should continue to have faith in their politicians.

Many oppressive governments have restricted the media in the past. Censorship was a common feature in Nazi Germany, Japan from the Meiji period up until the end of World War II, Fascist Italy, and the Soviet Union. This practice still continues today, in countries like North Korea, China, Russia, Myanmar, Egypt, and the Philippines to name a few. Censorship is sometimes counted as a key feature of a dictatorship. That is how crucial unrestricted access to information is.

Freedom of speech and journalism is not merely a precondition for democracy. They are the foundation on which democracy stands.

Freedom of speech will allow for factual, accurate reporting by journalists. However, with the help of social media, it also enables irresponsible dispersal of inaccurate information and erroneous claims. Even worse, freedom of speech can provide room for disinformation.

Nevertheless, if the receivers of this “information” understand the importance of the media, can interpret and analyse the validity of the information they are receiving, and if they can assess the credibility of the distributor that information, then they can combat disinformation.

In their 2021 publication outlining an universal curriculum for educating media and information literacy, UNESCO points out that while internet usage is such a prominent feature in many youth’s lives today, “wide-scale and sustainable media and information literacy training for all is still missing.” This is a problem, because regardless of how cliche it sounds, the younger generations are the ones who build and shape the future society. With digitalisation and information exposure through social media becoming increasingly prominent, young people need to be educated and trained so that they are able to sift through information and evaluate its reliability.

UNESCO has also indicated in 2019, that media and information literacy, only in its traditional form, may not be effective anymore. They have stated that with the “intensive mediatisation of human life,” people have changed from “passive audiences” to “active participants”. Furthermore, they affirm that journalism has a “new mission” to “ become a reliable reference, a guarantor of truth” rather than “[maintaining] the exclusivity of access to information,” and that mass media should promote media and information literacy so that they can “simultaneously build a relationship with their audience while improving their quality and thus building and fostering the trust in media in general.”

In 2020, The Guardian reported that in a survey conducted on five to 16-year-olds, 53% of the 2,167 participants “owned mobile phones by around the age of seven.” Today, people become “active participants” from an extremely young age. Educators should take responsibility for preparing the youth for this role and teach them how to interact with information sensibly.

Media illiteracy, especially among the youth, is the Achilles’s heel of journalism. If it is left untreated, the efforts made by journalists like Maria Ressa and Dmitry Andreyevich Muratov will be in vain. We all must make contributions, big or small, to maintain quality journalism, regardless of the impact we make and the role we play in it: provider or consumer, professional or not.