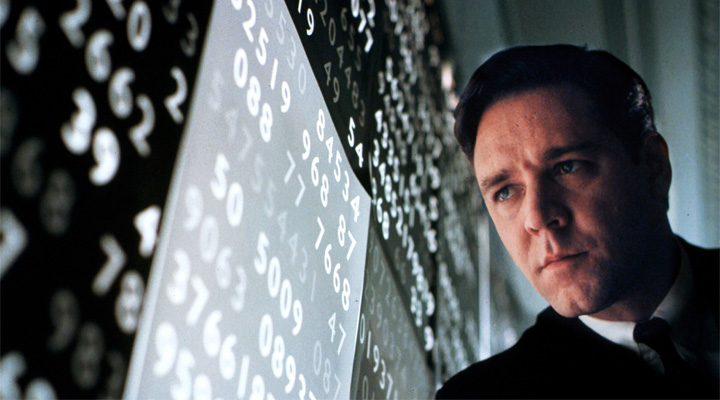 “A Beautiful Mind” tells the story of John Nash, a mathematician who suffered from schizophrenia. Despite receiving some criticism, it is seen as one of the films with a more accurate representation of individuals with schizophrenia. Image credit: imbd.com

“The Visit” is not the only movie that displays people with schizophrenia as violent criminals. Alfred Hitchcock’s “Psycho” depicts a serial killer with schizophrenia, Norman Bates, who hears voices from his mother to kill people. Even movies that were assessed to have a more accurate portrayal of schizophrenia, such as “A Beautiful Mind”, still had characters with schizophrenia that showed violent behavior towards others.

The major criticism “The Visit” received from its audience was its portrayal of mental illness represented in Nana and Pop-pop. The couple with schizophrenia and dementia were characterized as murderous, bloodthirsty individuals in the film. Additionally, the fact that two elderly patients, who suffer from such extreme conditions, have meticulously planned out a week-long act to murder two children seems almost impossible. In a Q & A session about the film, Shyamalan was asked whether or not he was concerned about demeaning or demonizing patients. His answer to this question was that his intent was merely to “have a bit of fun.”

The question is: Is it justified to depict schizophrenia incorrectly for the sake of entertainment in movies?

Mental illnesses such as schizophrenia should not be exploited in movies because what the audience perceives of characters with schizophrenia in film has a real-world effect on how these people understand schizophrenia patients in society. People who are not experts on mental illness are unlikely to encounter schizophrenia in daily life since schizophrenia only affects 1 in 222 people in adults, according to the World Health Organization. This means that such films are essentially the only sources of information for the topic. Only being exposed to storylines that depict people with the disorder as perpetrators but not victims can easily lead the audience into believing that it is the same for the real world. In his research on the impact of film, George Domino, a psychology professor at the University of Arizona, examined the changes in university students’ attitudes towards schizophrenia after watching “One Flew Over the Cuckoo’s Nest”, a film that depicts schizophrenia. Comparing the questionnaire students took before and after watching the movie indicated a substantial growth in negative attitudes. Individuals with schizophrenia are now simply seen as potential criminals to be feared and avoided rather than vulnerable individuals who need to be protected.

Stereotypic depiction of schizophrenia in films also causes internalized stigma in patients themselves. Looking at a character with schizophrenia appear as a monstrous murderer, individuals living with schizophrenia might see their condition as something they must hide from others. As a result, they might have difficulties reaching out for help, worrying about what friends or family members will think of them. While schizophrenia is treatable with medication and behavioral therapy at an early stage, late treatment makes the disorder worse and more challenging to cure in the future. Furthermore, individuals might face a hard time returning to normal lives even after receiving treatment. Many who live with schizophrenia are often isolated from society and refuse to be in social settings where they have to interact with others. Stigma perpetuated in films attaches labels to such individuals, making it more difficult for them to build connections with new people or to be employed.

Many still believe that Nana and Pop-pop are just fictional characters that people will soon erase from their minds after they walk out of the theatre. However, these characters’ impact on people’s minds is much more than that— even though they might think that they are separating the fictional character from real-life patients, the stigma might slowly permeate their minds before they even notice. To prevent the stigmatization of mental illness, it is always important to have underlying skeptical behavior that how the film features a particular mental illness might not be accurate. By pursuing films with an accurate representation of mental illnesses, we can weaken negative stigma and discrimination towards mentally ill individuals and change how they are accepted in society.