Britain has an obligation to return Tipu Sultan’s Tiger Head 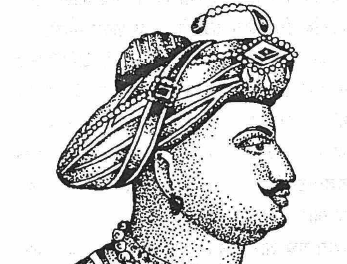 An image of Tipu Sultan.

Tipu Sultan, famously known as the Tiger of Mysore, was a ruler of the Kingdom of Mysore, situated in present day India. He is remembered in contemporary India as a wise and just ruler, who had very progressive ideas about religious tolerance. His rule ended when he was killed in the fourth Anglo-Mysore War in 1799, after which the riches of his state were stolen by the British Empire. His throne, which was modeled after a Tiger, was broken into parts and presented to William IV in 1831.Today, it is still in the possession of multiple authorities and individuals, including the Windsor Castle.

Recently, the British government has put a part of the Tiger throne on sale and enforced a travel ban on it, which prevents any new license necessary to export cultural artifacts from being issued. Now, the ban is in place till February 11, 2022. However, this ban may be extended till June 22, 2022, in the hope that a UK based buyer will come forward. The Reviewing Committee on the Export of Works of Art and Objects of Cultural Interest (RCEWA) deems it a “misfortune” if the artifact were to leave the UK, citing the “history and national life and is of outstanding significance for the study of royal propaganda and 18th-century Anglo-Indian history.”

This decision has faced a lot of controversy. Some believe that stolen objects, artifacts and art pieces under dubious contracts and unfair conditions should stay in Britain, for varying reasons. For instance, in an interview with the Independent, prominent British historian, Andrew Roberts argued that these artifacts are “grateful recognition for over three centuries of British involvement in India, which led to the modernisation, development, protection, agrarian advance, linguistic unification and ultimately the democratization of the subcontinent.”

On the other hand, the RCEWA faced major backlash from social media users for this decision. Many cited the loot (Hindi word for looting) of numerous artifacts under colonial times, and their justification for keeping the artifact. For instance, Meghna Jayant, author, freelance journalist and video game writer pointed out the fact that the artifact is much more relevant and important to Indian history, and that it was stolen by the British. Jayant even hilariously renamed the RCEWA the “Department of Other People’s Culture We Stole and also Sports, I guess”.

Other Twitter users also pointed out the senselessness of the export ban, as colonialism led to a direct drain of wealth and resources from India, which it still hasn’t recovered from. According to research done by British economist, Angus Maddison, from the University of Groningen shows that in 1820, before the British Raj took over, India’s GDP contributed to 16% of the world’s economy. However, by 1947, the year of Indian independence, the number had fallen to just 4%. 74 years later, India accounts for just 7% of the world’s GDP despite its large population.

Other than the fact that the British government has no justification to keep the artifact, they still have a moral obligation to return the artifacts. While India became independent decades ago, colonization still affects former colonies who are still negatively impacted through generational trauma.  The stolen artifacts only represent this deeper wound in formerly colonized societies, which is why Britain should return Tipu Sultan’s Tiger Head.