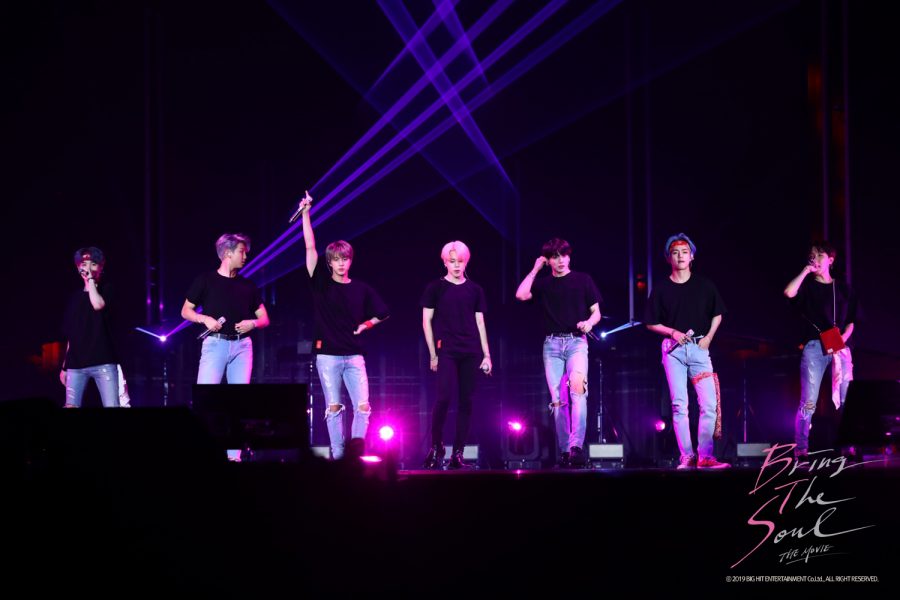 The map to BTS: ‘Bring The Soul: The Movie’

Being so well-known as a BTS fan — an ARMY — I have to admit that I was a little hesitant to write about the second BTS cinematic documentary “Bring The Soul: The Movie.” But then, I remembered the moment I walked into the theater to watch the movie in Korea.

Yet, I realized that the couple had made the right choice to watch the “BTS movie” on a Tuesday morning because after the credits rolled, the dark room was permeated with a new sense of appreciation for the seven-member K-pop boy band.

The almost two-hour-long documentary captured the lives of these seven young men, who are perhaps at the peak of their careers, during their recent “Love Yourself” world tour on and off stage. Scenes switched back and forth, from their heated performances of their biggest hits such as “Mic Drop” to intimate interviews in their hotel rooms. Especially when the documentary gave a sneak peek at one of the group’s dance breaks in their setlist, the impressive audio and large screen of the theater certainly did justice to BTS’s musical career, obviously for “all the ARMYs out there”, but also to those who are not familiar with BTS at all.

For those who love BTS already, this documentary is a completion to their Love Yourself series, the last piece of their grand puzzle. For those who are not familiar with the group, however, this documentary is an introduction to BTS as a group on stage and off stage. And for anyone and everyone, this film is the boys’ most tangible attempt to approach their crowd not as “worldwide superstars” but as seven humans doing their thing.