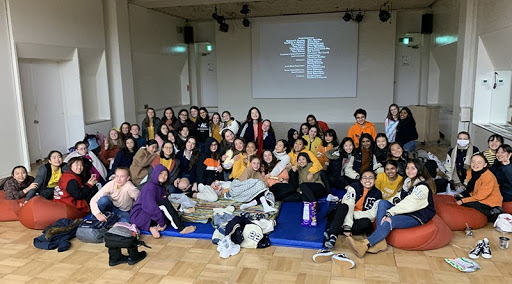 On November 29, 2019, the HS Student Council hosted a movie night to kick off the festive season. A total of 65 students attended the event to watch an all-time favorite American Christmas comedy, “Elf”. The movie, directed by Jon Favreau, stars Will Ferrell and was released in 2003. Despite being a movie older than some of the students that attended the movie night, everyone enjoyed the movie as if it was the first time that they had seen it. Buddy’s (Will Ferrell’s character) unique nature and his take on reality inspired the loudest laughter in the crowd. The relaxing and cozy environment was created with pillows, blankets, and snacks that students had brought themselves.

“Elf” has always been a true hit of the winter season! Thank you to the students that attended the movie night!