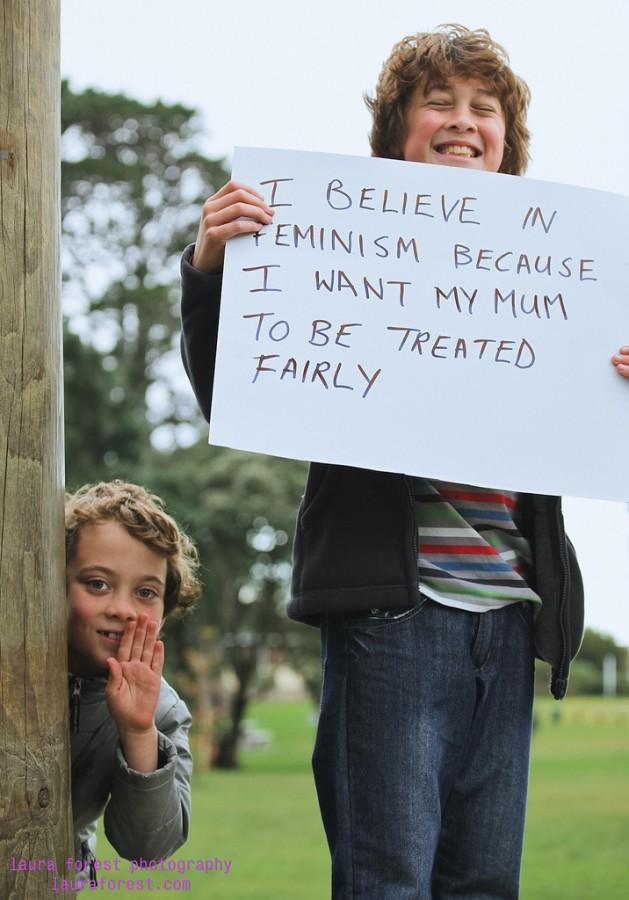 First and foremost, how many feminists do you know? Probably two. Me and Beyoncé. Me being a feminist find this not only outrageous but also puzzling. Why would people not engage in a group that calls for gender equality?

People seem to believe that feminists are infected by a dangerous virus: everybody hears many rumours about feminists, but nobody dares to get close to them, in fear to get contaminated.

Hopefully my brief outline of feminism’s main ideas will enlighten those who give me peculiar looks when I announce my status of “feminist.”

According to Oxford Wordpower Dictionary, feminism is “the belief that women should have the same rights and opportunities as men.” While this definition seems pretty straightforward, there are still some questions regarding feminism and its purpose.

One of the reasons for this confusion is that this definition establishes that men have more rights and opportunities than women. There has been a lot of debate on whether men or women “get it easier,” but both genders have their singular struggles, therefore this discussion usually leads nowhere. It is true, however, that women had to (in some countries still have to) fight for rights to divorce, vote and even drive, while men never had to. An exception is the African-American Civil Rights movement, for example, where both men and women fought for rights. When dealing with racism, however, people don’t tend to question why racism against white people isn’t always addressed, because the answer is pretty obvious: while racism against white people exists, it exists in a lesser proportion and extent. The same applies to sexism. Sexism against women is much more frequent and violent than sexism against men. This being the reason why feminism is often related to women’s rights rather than men’s rights.

Feminism embraces freedom of choice. Feminism is to respect your female friends who decide not to shave their legs as much as those who decide to do so. Feminism isn’t to criticize women who choose to be housewives, but to allow both women and men to pursue their lives as they wish without judgments based on neither traditional nor modern gender expectations. To be a feminist is solely to believe in equality between genders in all aspects of society: social, economic and political.

On the other hand, misandry is to blame men for all injustices against women. Misandry is to hold the belief that all men are possible rapists and cannot not be trusted. Misandry is to treat men as inferior to women because “women are smarter than men.” Misandry is to think of men as brainless, sex-driven animals. Or to assume that men have no compassion or emotion.

Despite their obvious aversion to men, misandrists often express opinions that are similar to those of feminists, like the need for women’s education and female reproductive freedom, but these aren’t derived from the idea of equality. These feminist-like opinions are usually originated from the idea that men are the reason for female oppression, therefore completely ignoring difficulties faced by men.

Unlike misandry, the feminist movement does not attempt to invalidate men’s issues. Feminists don’t blame men for gender inequalities like misandrists do, they attribute sexism to patriarchy and its expectations based on gender. Feminists fights against those who believe women can’t be leaders because of pms as much as it fights against those who believe men can’t be single fathers.

In short, the feminist movement attempts fight back gender expectations that put pressure in both men and women, while misandrists blatantly attack all men and vigorously defends all women.