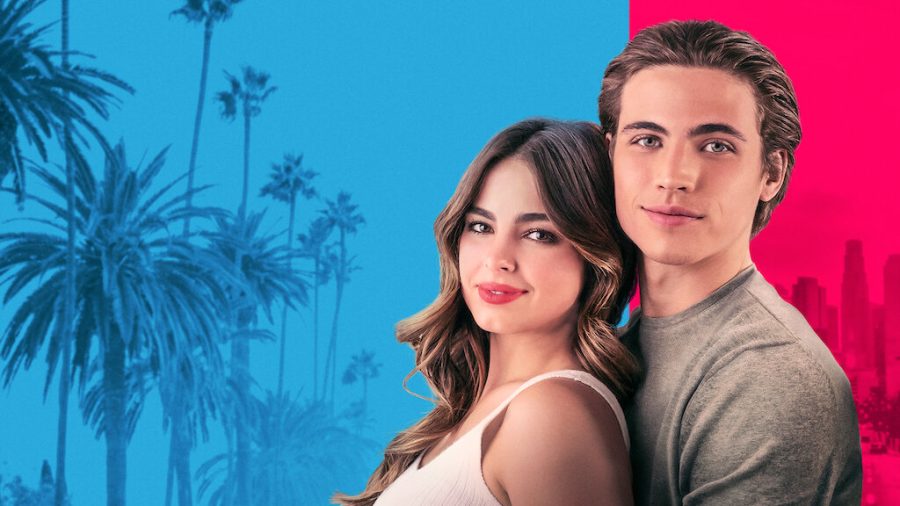 “He’s All That” isn’t really all that. With almost double the budget of the original, the movie couldn’t compare to the critically thrashed 1999 effort. TikToker Addison Rae fails to play as herself, a seemingly perfect influencer.

The plot revolves around a fake popular influencer, Padgett Sawyer (Rae) who pretends to be rich to fit in. She and her friends bet to turn “weird, arrogant and antisocial” Cameron Kweller (Tanner Buchanan) into prom king. Evidently, Sawyer falls for him but Kweller discovers the bet. In spite of most scenes being copied from the original,  this “aeroplane” of a movie crashes to the ground.

In an effort to make an unoriginal point about social media, the movie sacrifices any attempt at entertainment. The chemistry between the two main characters, or the lack thereof, is blander than unseasoned mashed potatoes. The excessive cringe forces diversion of eyes. Even though some sloppy teenage movies are guilty pleasures, a running avocado would be more feasible than enjoying this movie.

To add to this, the humour is slothlike. One attempt would be when returning actress Rachael Leigh Cook, playing Rae’s nurse mother, says she had “a toddler with a watch battery stuck in her nose and a gentleman on meth” who was “thrashing around”.  To which Rae replied, “Man, meth really messes you up.” Dulling out the joke, the reply was, “Oh no that was the toddler.” The burning scent of this movie continues to leave viewers stupefied. This “Romantic comedy” has no comedy, nor any romance.

Then comes the constituent of irrelevant things. Jessica Miles Torres, played by Courtney Kardashian, is Rae’s brand sponsor, who revokes her sponsorship as she was going viral in the wrong way. It’s hard to tell if Kardashian is reading cue cards or daydreaming with her dry performance. Besides, many of her appearances are as useful as a glass hammer. If Miss Kardashian cannot recall her three-minute screen time, was she really the best option?

Even though this movie is rotten, there is a golden apple in the rotten tree. Nisha, played by Annie Jacob and Quinn, played by Myra Molloy, have ripe chemistry and sugary love as they glitter feelings. While trying to embrace diversity, the movie stings again. With hardly any screen time or much dialogue, their relationship’s origin is mystifying. It’s as if they had extra screen time and threw in these characters to add “diversity”.

This movie gets an A for effort, but that’s the limit. This “Romantic Comedy” is surely a piece of art, made by an art forger. This movie steals ninety minutes of your life and leaves behind a horrible ache in the eyes.